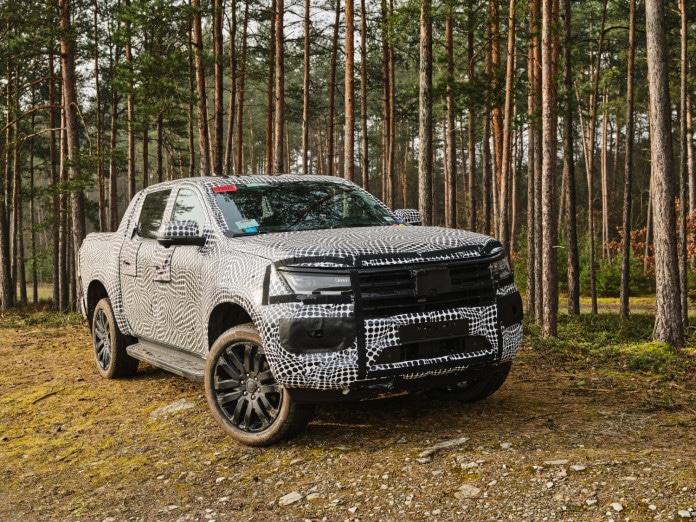 Designed and conceived in Germany and Australia, and built in South Africa, the 2022 Volkswagen Amarok is set to be more capable on and off-road. The new model will feature five different variants, and multiple engine options.

A greatly expanded array of driver assist features and a much larger range of drive systems will also feature, with the first few disguised models of the new Amarok already out and about in Europe.

The all-rounder’s innovative, premium design is both typical of the Amarok, and has at the same time been redefined. A powerful, charismatic exterior meets a high-quality interior, if you will. The new model is longer, wider and more spacious than ever before.

The payload has also increasing to up to 1.2 tonnes and an imperious maximum towing capacity of 3.5-tonnes is now possible across more engine and gearbox combinations. Those packages are expected to include one petrol and multiple diesel powertrains.

Among the latter is expected to be a 3.0-litre V6, and options of rear-wheel drive, and on-demand or permanent all-wheel drive. That too, has a positive effect on the off-road capability.

The new Amarok will feature a significantly greater fording depth for driving through water too. A great array of preconfigured driving modes with multiple level driver assists are expected to be included as well.

Enhanced safety via more than 30 driver assist systems (more than 20 of which are completely new to the Amarok) are key to the new ute. For now though, it is still hidden behind the camouflage.

In the future, when it is properly unveiled, the new front section is likely to be a statement in itself, with a striking new look, thanks to the straight and very upright bonnet.

The horizontal, upper radiator grille crossbars with the concisely integrated, narrow LED headlights are standard for all versions. IQ.Light LED matrix headlights will be available as an optional extra.

Below the bars, the radiator grille unit merges depending on version in bespoke fashion into a horizontal division of the front section or into an X-shaped design on the top specification models. Embossed here is the word ‘Amarok’.

In contrast to many other pick-ups, the top of the arches forms a practically straight line, a typical Amarok characteristic. The wings above the up to 21-inch alloy wheels and all-terrain tyres (available for the first time as standard) have a powerful look.

Inside, intuitive controls, a digital cockpit and tablet-style infotainment display will feature, giving the Amarok’s interior a functional, high-quality appearance. Such details underline the premium character of the new look ute.

Optional items include an exclusive sound system, and elegant leather-look surfaces for the instrument panel and door panels, with distinctive decorative stitching. The new Amarok sports comfortable, wide seats, which can be configured with electric, 10-way adjustment.

There will be five trim levels in the 2022 Volkswagen Amarok, with the entry-level version known simply as the ‘Amarok’. This will be followed by the ‘Life’ and ‘Style’.

Further information will be available closer to the launch date in Australia.