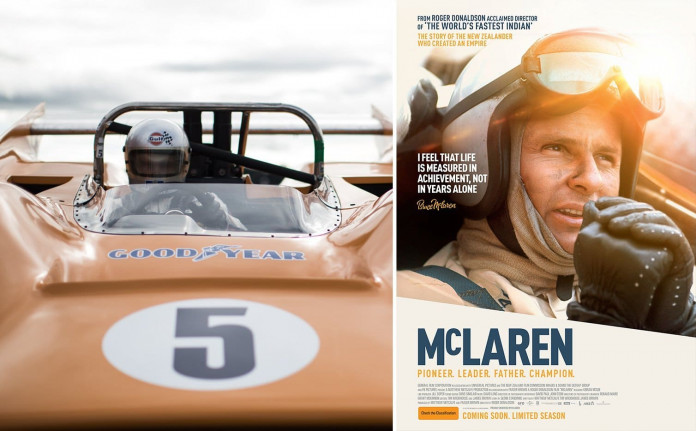 THERE are few films that properly portray motor sport in its raw form. McLaren, a documentary which follows the life of Kiwi ex-pat Bruce McLaren, is undoubtedly the newest member of that exclusive club.

Many of you may know his legacy better as the McLaren Formula One team – but the film shows the gravity of what McLaren was trying to achieve – F1, sports car racing, Indy 500 and a road car division.

In limited release in Australia from 21 June, the film is an incredibly personal portrayal of McLaren’s life, told by the people who were closest to him: childhood friend Jim Adderton, Phil Kerr, Colin Beanland and his mother Ruth McLaren.

As the story of his rise to fame unfolds, quotes abound from the likes of the late great Sir Jack Brabham, as well as firsthand information from mechanics Eoin Young, Wally Willmott. It becomes the who’s who of guests. Sir Jackie Stewart, Dan Gurney, Chris Amon and Mario Andretti, to name a few.

The story is raw and emotive. Each interview captures the full gamut of sentiments from the subject. There are stories about the hard times, the shenanigans and of course, the impact Bruce’s death had on them.

Visually, it is a masterpiece, with a beautiful integration of original period footage, combined with photos from the time, interviews and the seamless inclusion of recreated vision.

The film is directed Roger Donaldson, the same man who brought you another iconic Kiwi success story, The World’s Fastest Indian, and other thrillers such as The Bank Job, November Man and Dante’s Peak.

The production team is also incredibly well-credentialed and equally passionate about things that go fast, with Matthew Metcalfe and Fraser Brown also working on Wayne, a documentary about Australian motorcycle legend Wayne Gardner.

We expected great things from McLaren and our expectations were blown out of the water. Roger Donaldson was the perfect director for this project, and his love and passion for cars has definitely served him well in this film.

Do not miss this movie. McLaren is on limited release in Australia from 21 June. Check your local movie guide for more details.