Fastest M5 ever on its way 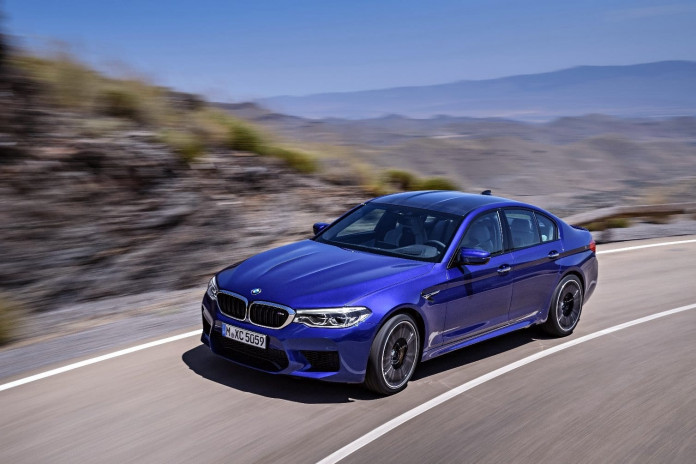 IT might just be the most anticipated M series release in BMW history. When the 2018 BMW M5 lands in Australia next year it will bring with it the brand’s innovative M xDrive technology and a thumping 4.4-litre V8 bi-turbo power plant.

Now in its sixth generation, the new BMW M5 will come fitted with the M xDrive drivetrain system offering superior driving dynamics and traction, with the precision of standard rear-wheel drive and the traction-enhancing benefits of all-wheel drive.

Add in the new eight-speed M Steptronic transmission with Drivelogic and that 441kW/750Nm engine we’ve already highlighted, and owners can expect to get behind the wheel of the most powerful M5 ever built, with the German car maker already confirming it will get from zero-100km/h quicker than any M5 they’ve ever built – in an astounding 3.4 seconds.

The new M5 has a top speed of 250km/h out of the factory, or 305km/h with the addition of the M Driver package. More details on the new 2018 BMW M5, including Australian pricing, will be available closer to release.