Eyes on the future 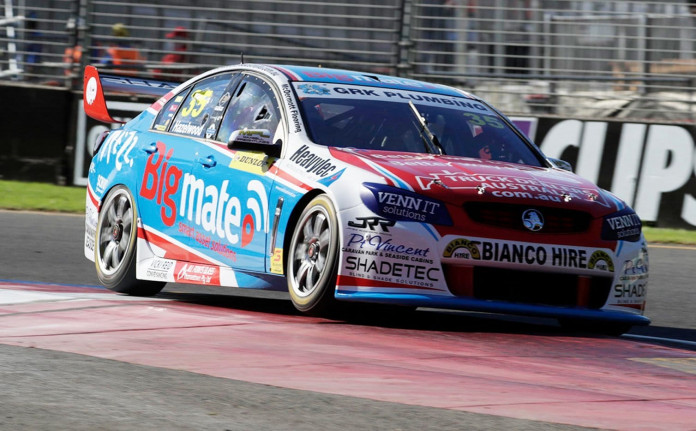 Do yourselves a favour. Keep an eye on the Dunlop Super2 series this year.

Super2 is the new name for the Supercars development series, and 2017 is shaping up to be the most tightly fought contest we’ve had in a while. Never has that been more evident than in the opening round at the weekend, with tight racing, hard crashes and down to the wire finishes.

Each car has a rich history, with all of them filtering down from the main game. For the drivers, they’re hoping it goes the other way – a drive in the Super2 series, then stepping up to the main game.

But in 2017 the talent pool is deep. Reigning champion Garry Jacobson returns, there’s the likes of Jack Le Brocq, hard-charging budget racer Todd Hazelwood (who scored his maiden victory in Adelaide on Sunday and finished second overall for the round) and Macaulay Jones.

Then there are the more experienced guys like Paul Dumbrell (who took the round victory at Clipsal), Jack Perkins and Andrew Jones, who are all there to be race fit come endurance season time.

While the involvement of former Supercars drivers has always been questioned, we believe (along with many of the new comers to the series) that they serve an important role – setting the benchmark for the up and coming guys.

And don’t think Supercars teams aren’t keeping a close eye on this series. Driver managers keep watch on this series to try and identify the future motor sport stars and teams use it to evaluate potential Pirtek Endurance Cup co-driver candidates.

Nearly a third of the Super2 grid at the Clipsal 500 will pair up with Supercars drivers at Sandown.

So why are we so excited about the Dunlop series this year? Because of what we saw in 2012.

That was the year of a brilliant four-way battle for the title that came down to the final round. In 2013, three of those drivers stepped up to the main game, and the fourth a year later.

It was the battle between Scott McLaughlin, Chaz Mostert, Nick Percat and Scott Pye. Four talented drivers who have all made a name for themselves in Supercars.

Since that year, the series has been somewhat lacklustre. There have been some great races and some good moments, but until 2016 there was no real battle for the title.

Then we saw Jacobson and Le Brocq step up, with glimmers of Hazelwood interrupting, and Dumbrell playing devil’s advocate.

Brace yourselves Exhaust Notes Australia friends, it’s going to be an exciting year in Super2 land.