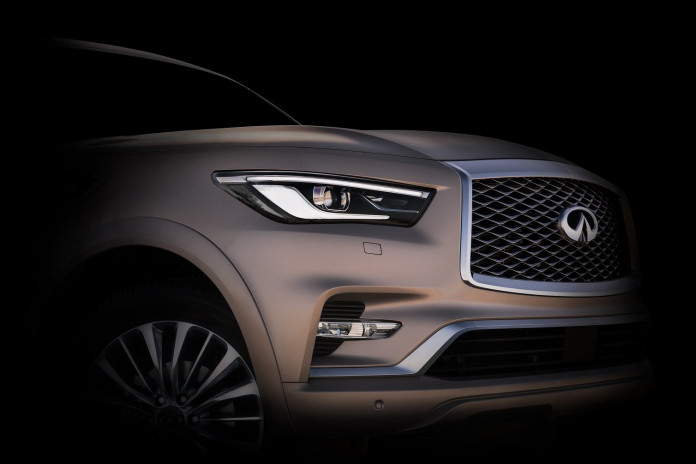 JAPANESE luxury car brand Infiniti is set to have a commanding presence at the Dubai International Motor Show from November 14, with the world premiere of its biggest SUV yet – the QX80 – the big brother to its new QX50.

Powerful proportions, commanding exterior design, a luxurious cabin and a hand-crafted interior will all feature on the new SUV, described by the brand’s senior vice president of global design, Alfonso Albaisa as being powerfully muscular.

“Infiniti’s design DNA has been scaled up for our largest SUV. The QX80 brings a new commanding presence with powerful muscularity and enhanced horizontal movement,” he said.

“Our designers raised the visual height of our iconic double arch grille and signature headlamps striking an unmistakable road presence.”

Infiniti was born as an idea, within the hallowed walls of Japanese car maker Nissan in 1985, when an elite group of designers came together to create a performance luxury car brand, not dissimilar to Toyota’s path with Lexus.

The idea for Nissan though was to form a brand that would challenge the prevailing American and European luxury brands with more human-centric design. In 1989 it launched its first two models; the Q45 sedan and the M30 coupe.

The brand’s list of firsts in the car market is impressive, including the introduction of intelligent cruise control, now known as adaptive cruise control, as far back as 1999, and being among the first to introduce reversing cameras and voice recognition.