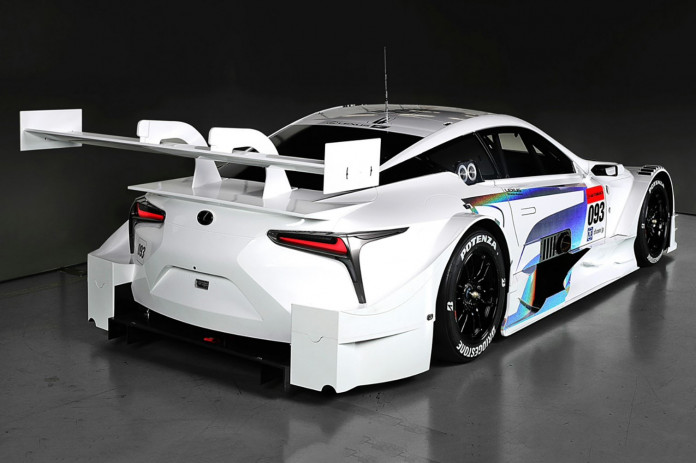 JAPANESE luxury car maker Lexus has unveiled a dramatic race car based on the all-new LC 500 – well ahead of the luxury coupe’s arrival in showrooms around the world.

With a minimum weight of 1,020kg, the lightweight race car will be powered by a 2.0-litre direct-injection four-cylinder turbocharged engine driven through a six-speed sequential gearbox.

The LC 500 – originally designed as a grand touring coupe – is readily adaptable for racing with fitment of the enhanced aerodynamic package, weight reduction measures and race-spec powertrain.

Testing of the race car is expected to start next month with the new coupe making its race debut in Japan’s Super GT500 series during the next year, replacing the Lexus RC F in the series.

Lexus Australia has announced the luxury brand’s stunning new four-seat production flagship LC 500 will be launched in 2017 and will be available to local buyers.