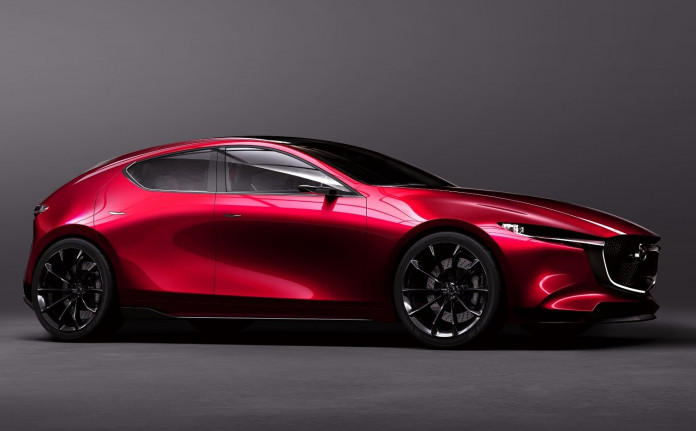 CONCEPTS, concepts, everywhere. It’s Tokyo Motor Show time and there are concept vehicles and visions for electrification everywhere, from a raft of major manufacturers, including Nissan, Toyota, Lexus, Subaru, Mazda, Honda and Mitsubishi.

The show officially opens to the public this Saturday (28 October) and will feature a host of new vehicles, including the Mazda Kai, Subaru VIZIV, Mitsubishi e-VOLUTION and a host of Honda vehicles including a sports and urban electric vehicle and nine new bikes – including some electric options.

The standout among them is the Mazda Kai, quite possibly the hottest looking hatch back ever built, should it make it to production. It represents the next generation of Mazda cars and features the new SKYACTIV-X petrol engine, SKYACTIV-Vehicle Architecture and a more mature expression of the KODO design language.

For Subaru, its Viziv concept draws its inspiration from the WRX, Liberty and Impreza, and is a performance sedan (the first in its ongoing Viziv concepts produced each year for Tokyo), featuring a low centre of gravity, flared guards, and carbon fibre bumpers, guards and roof.

Mitsubishi offered up its world debut of the e-VOLUTION high performance SUV, an all-electric 4WD that puts its focus squarely on being a cross-country tourer with the power to go hard, both on and off road.

Nissan too were on the hunt for a piece of the cross-over action, with the reveal of its IMx zero emissions vehicle, an electric model with fully autonomous operation and a range in excess of 600km. Unique to the vehicle was an astounding social conscience, if you will.

The Nissan IMx can also contribute to the social infrastructure like no other vehicle before it. For example, after transporting its owner to the airport, the IMx can park itself in a spot where the vehicle can connect to the local power grid and act as a “virtual” power plant by returning electricity to the grid, an extension of its vehicle-to-home and vehicle-to-building features.

Among the more bizarre offerings were the Honda Urban and Sport electric vehicles. Both world premieres, the Sports EV combines performance and AI (artificial intelligence) inside a compact body with the aim to realise the joy of driving the user can feel with a sense of unity with the car.

The funky Urban EV is a concept model which indicates the technology and design directions for Honda’s future mass-production EV models. A new model based on this concept will go on sale first in Europe, and then in Japan in 2020.