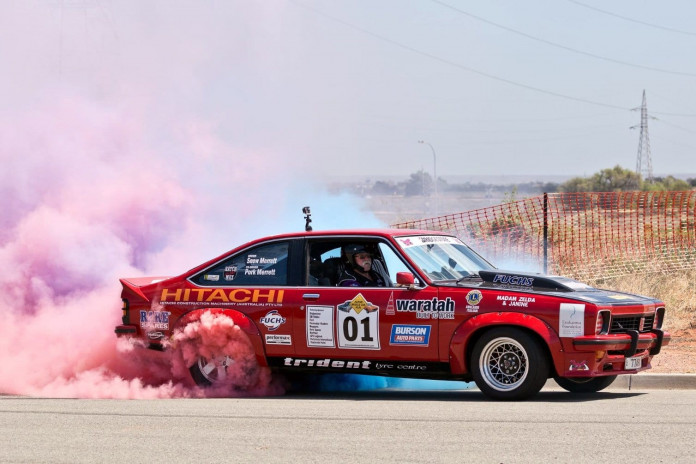 A convoy of 60 of some of the most iconic muscle cars in Australia will embark on a 1,800km round trip tomorrow to help raise awareness and funds for the Leukaemia Foundation.

The seventh Aussie Muscle Car Run sets off from Adelaide’s Hindmarsh Square tomorrow (Saturday, 27 October) at 8.30am on a seven day journey across SA.

This year’s route will take in the Fleurieu Peninsula, The Bend Motorsport Park, the Riverland, Wilpena Pound and the Barossa Valley before it finishes at the Adelaide 500 start/finish line on Friday, 2 November.

Robert uses the Leukaemia Foundation’s patient transport service, which has help take him to life-saving blood cancer treatment and medical appointments. The transport service is provided to patients free of charge, and is just one of the many services the fundraising helps to support.

He has also used the Leukaemia Foundation’s disease specific education and emotional support services and believes the AMCR is an ideal way to raise awareness and funds for the support services he utilises.

“The Aussie Muscle Car Run is great because people remember it. It’s something that every year when it comes around, people will always associate with the Leukaemia Foundation. You might remember one particular car, and you might not be fans of muscle cars but it stands out,” Mr Gable said.

“The support of the Leukaemia Foundation means a lot to me because I’ve got someone other than family, that even if I need to ring them up just to talk, they’re there… and they’re always there,” he said.

As well as the Aussie built legends, the Run is complemented by a few special additions from the USA, with Ford Mustangs, including a ’65 Shelby GT350 replica, ’72 Pontiac GTO and a ’77 Corvette Stingray completing the line-up.

Bridgestone is the principal partner of the event and along the way, the Aussie Muscle Car Run will stop at Bridgestone Services centres at Peterborough, Mildura and Barossa, as well as Bridgestone Select stores in Nuriootpa and Salisbury to show appreciation for Bridgestone’s support.

Bridgestone has been in partnership with the Leukaemia Foundation for more than 32 years, contributing to patient transport vehicles, funding research through the sale of specially designed valve caps at its retail locations, and supporting major events such as Aussie Muscle Car Run and Light the Night.

“I know there’s a company out there that cares, because if wasn’t for Bridgestone’s support there would be a few services at the Leukaemia Foundation we wouldn’t have. It just shows that there are people out there that are willing to help, unconditionally,” Mr Gable added.

Donate to the Leukaemia Foundation