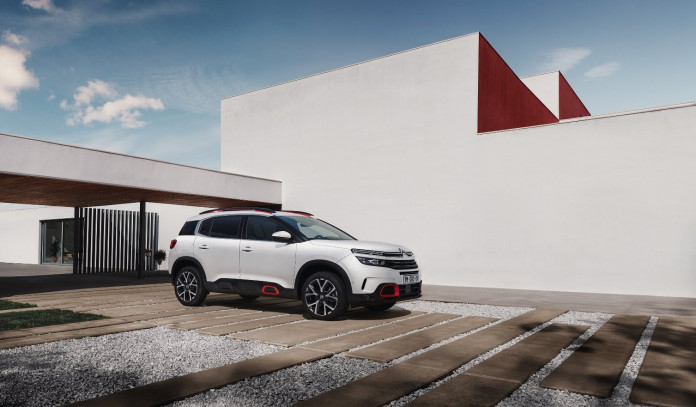 IT’S the modern, high tech SUV that’s set to become the marque’s flagship model, and it’s coming to Australia; with confirmation overnight that Citroen will bring the new C5 Aircross to the local market next year.

Citroen Australia has advised it will introduce the all-new C5 Aircross, developed using the Citroën Advanced Comfort Programme, in the second half of 2019, following its global debut at the 2018 Paris International Motor Show.

The new-generation SUV is equipped with a suspension system featuring Citroen’s Progressive Hydraulic Cushions, which the company claims will make it one of the most comfortable cars in its segment.

It boasts unrivalled modularity with three individual sliding, folding and inclining rear seats (each with ISOfix) and best-in-class boot capacity of 580L, expanding to 720L when the sliding second-row seats are moved to their forward-most position.

As many as 20 driver assistance systems including Autonomous Emergency Braking and Active Blind Spot Monitoring are also on board, all underpinned by leading connectivity technologies including wireless smartphone charging.

“The all-new C5 Aircross will underpin Citroen’s line-up in its centenary year, bringing with it standout styling, unrivalled comfort and a new focus on SUVs for Citroen in Australia.

“Citroen has long been synonymous with comfort and the all-new C5 Aircross will see us return to this territory, supported by the rest of the Citroen range,” Mr Farlow added.

While the 2019 C5 Aircross is confirmed for the Australian market, local specification and pricing will not be announced until closer to its launch.