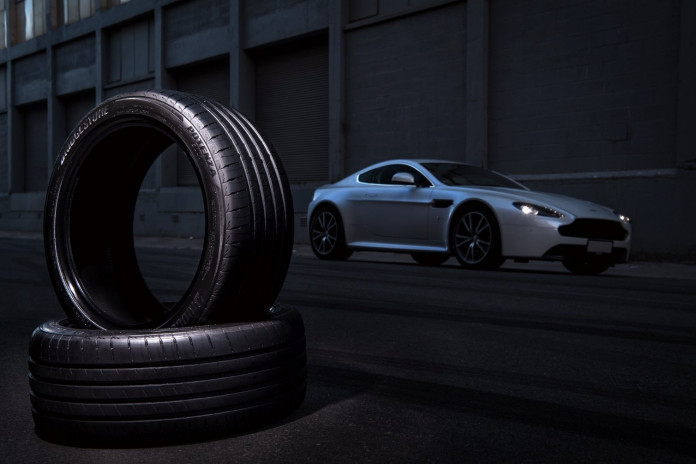 IT’S been kept under wraps for three years, but now Bridgestone’s top secret assignment, the all-new Potenza S007A has been declassified and released to the public as its flagship performance product.

The new tyre will target high performance vehicles such as BMW M3, Aston Martin models, Lexus sport models and AMGs and was developed alongside Bridgestone’s OE spec S007, fittingly used by Aston Martin on the DB11.

“It’s always exciting to introduce a new product to our extensive line up, but the addition of a new flagship performance tyre, the Potenza S007A, brings even more anticipation to this launch,” said Bridgestone Australia and New Zealand Managing Director, Andrew Moffatt.

“The Potenza range plays a significant role in Bridgestone’s history and products like the S007A are designed to showcase the capabilities that make sports cars such a thrill to drive: high speed cornering and braking performance.”

Potenza S007A enters the market as a step up from the highly popular S001 and RE050A products which it will replace, with better responsiveness, new levels of stability for both every day and high speed applications, heightened grip and corning ability, improved braking capabilities and increased wear life compared to previous generation models.

With an initial roll out of 42 sizes in Australia and 35 sizes in New Zealand, the S007A will cater to the vast majority of performance cars in the market and is suitable for staggered fitment.

The S007A also features rounded tread blocks to allow for higher contact pressure and enhanced grip levels during braking, particularly in the wet. Chamfering of the blocks also aids in preventing deformation of the tyre under load by providing a flatter contact area.

The central rib has been stiffened for greater stability and increased responsiveness while the low-angled sipes on the tread face offer heightened control for cornering. The steel and fibre ‘hybrid spiral’ construction also adds to the S007A’s durability.