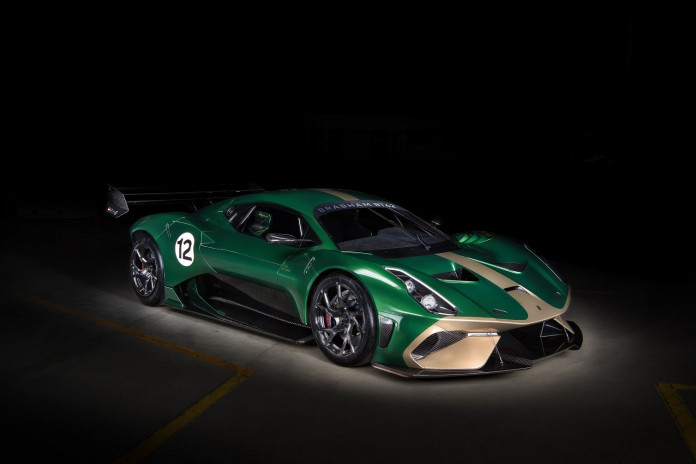 BUILDING on a remarkable 70-year racing pedigree, David Brabham has announced a return to manufacturing for the historic name, with the global launch of Brabham Automotive’s first product, the stunning BT62.

The Brabham BT62 continues the legendary ‘BT’ naming convention established by founders Jack Brabham and Ron Tauranac in the 1960s and honours the legacy of the marque’s greatest and most memorable cars.

With headline figures that point to the potency of the car, the new Brabham is pure-bred for the track and capable of setting blistering lap times. The BT62 is powered by a Brabham naturally-aspirated 5.4 litre capacity V8 engine.

A 522kW/667Nm monster that heralds a race car designed from the ground-up and crafted from lightweight carbon fibre, with an aggressive aerodynamics package set to strike the optimal balance between function and form.

Staying true to Brabham’s proud Anglo-Australian roots, the company will have its US, European and Middle Eastern office in the UK, whilst its Australasian and Asian office will be based in Adelaide, South Australia.

It’s there, on Australian soil, where the manufacture of the BT62 will also take place in a massive 15,000sq metre facility. Managing Director David Brabham said there was a long-term business strategy in place to return the brand to the forefront of motor sport.

“It’s with great pride that I honour and continue my father’s legacy in revealing the next chapter in the evolving Brabham story,” he said. “Our first step to deliver on that strategy is the Brabham BT62, a car truly worthy of carrying the iconic Brabham name.”

The Brabham BT62 has been designed and engineered to demand more from its driver. It’s a car for those who want to challenge themselves and their limitations to experience driving in its purest form.

Those fortunate enough to own a Brabham BT62 will join the Brabham driver development programme, where their physical ability and determination will be raised to a place where the performance potential of both driver and vehicle can be fully exploited together as one.

With a base price of $1.8 million before options, production of the Brabham BT62 will be limited to just seventy cars in recognition of Brabham’s 70-year heritage; the first thirty-five of which will celebrate the thirty-five Grand Prix victories won by Brabham over its thirty-year reign in Formula 1.

First deliveries of the Brabham BT62 are expected later this year. With a long-term plan in place and a phased product development programme already underway, the company’s ultimate goal is to see the iconic Brabham name return once again to compete on the race track, with the 24 Hours of Le Mans firmly in its sights.