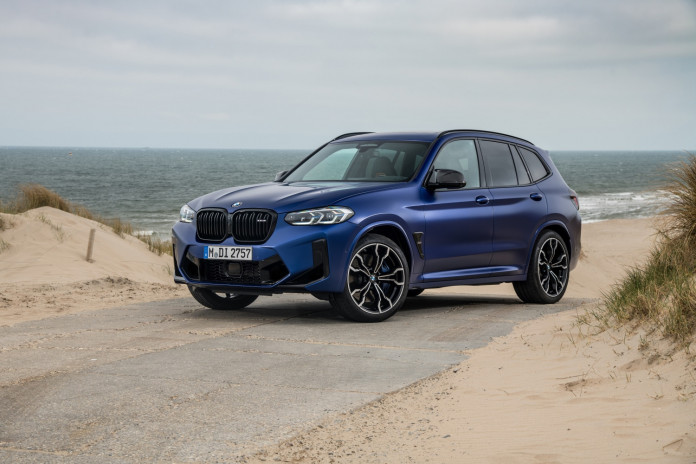 BMW will launch updated versions of its potent X3 M and X4 M Competition to the local market at the end of this year, with the duo set to add to the powerful M model mix in Australia.

The most powerful BMW in-line six-cylinder petrol engine with a peak output of 375kW, which is also found under the bonnet of the BMW M3 and M4 Competition, now has maximum torque of 650Nm, and is under the hood of the X3 M and X4 M Competition.

This marks an increase of 50Nm on the previous generation models and enables a standard sprint to 100km/h in just 3.8-seconds, which is a 0.3 second improvement on the first-generation variants.

The in-line six-cylinder engine’s racetrack-proven cooling system is designed to enable an exceptionally high level of output and includes two laterally positioned radiators in addition to the central unit.

There is also an additional engine oil cooler and a separate transmission oil cooler.

BMW M has also designed a motorsport-inspired oil supply system, with two separate chambers and an integrated suction channel in a weight-optimised oil pan. This guarantees steady oil supply at all times, even during extreme acceleration.

In addition, the infinitely variable flaps of the M Sport exhaust system allow for a highly varied sound production depending on the desired outcome.

Power is transmitted to the rear wheels via an eight-speed M Steptronic transmission with Drivelogic. In addition to fully automatic gear changes, it also enables manual shifting with sequential selection of the drive position.

Gear selection is actuated by either the steering wheel mounted shift paddles or via the new M gear selector in the centre console. In manual mode, multiple downshifts can be made to the lowest possible gear to maximise engine braking capabilities.

When accelerating, no forced upshift is triggered even when the engine is at high revs. The M xDrive all-wheel drive system further contributes to the high agility of the BMW X3 M and BMW X4 M Competition.

It combines the traction benefits of all-wheel-drive with the signature driving feeling of classic rear-wheel-drive BMWs.

The electronically controlled M xDrive, which is networked with the DSC (Dynamic Stability Control) system, only directs part of the drive torque to the front axle when the rear wheels reach the limits of their power transmission capabilities.

At the touch of a button, the driver can influence not only how the driving stability control works but also the distribution of drive torque between the front and rear wheels.

Pricing and accompanying specifications for the X3 M and X4 M Competition will be revealed ahead of their local launch at the end of 2021.