Better everything for 2019 Ford Ranger 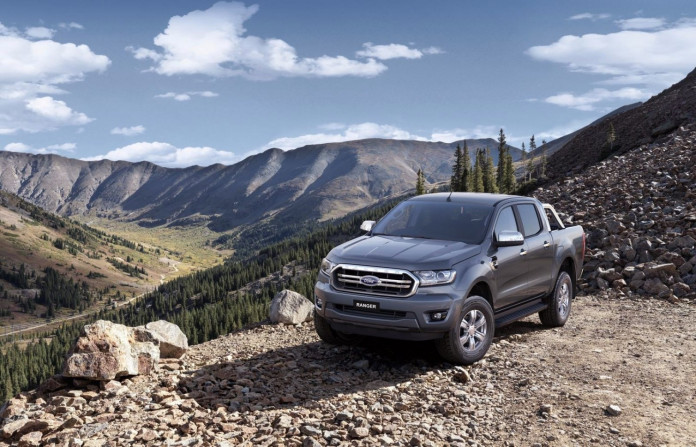 WHEN it finally hits our shores in September of this year, the 2019 Ford Ranger will bring with it a raft of focused improvements, an expanded model range, and Ford’s new five-year, unlimited kilometre warranty.

Some of the biggest improvements will be on the Wildtrak, which gains autonomous emergency braking, and vehicle and pedestrian detection, as standard, while the XLT will have the option for all three in the new technology pack.

The 2019 Ford Ranger model range kicks off with the XL, an affordable, dependent workhorse made even more capable thanks to its targeted upgrades that focus on usability, livability and capability, including an easy-lift tailgate on the pickup versions.

The Ranger’s suspension has also been upgraded across the range to reduce and better control roll, with an emphasis on improving the driving experience when fully-laden and towing.

The XL comes in single, super and double-cab body styles, as well as offering 4×2 and 4×4 power trains.

The range then jumps to its most popular mode. the XLT, striking the perfect balance between capability, versatility and the go-anywhere ethos engineered into every Ford Ranger.

Ranger XLT has a distinctive new look, with HID headlamps and LED daytime-running lights to create a fresh front-end, while increasing visibility for other road users. Ranger XLT’s easy-lift tailgate leads to an illuminated load box capped by a standard sports bar.

It also has a brand new power train option, a high-tech bi-turbo engine specifically matched to a new 10-speed automatic transmission. Smoother, quieter and delivering the most refined Ranger yet, the 157kW bi-turbo pushes out 500Nm of torque.

Finally, the last player in the standard 2019 Ford Ranger range is the Wildtrak, which also comes with the new bi-turbo power train, and a raft of standard features, including smart key less entry and push button start.

It also gets SYNC 3, with Apple CarPlay and Android Auto, SatNav, and a lockable hard tonneau cover, making the 2019 Wildtrak the best equipped model of the non-Raptor range. It comes loaded with safety features too.

Above the entire 2019 Ford Ranger range, sits a new vehicle, a stand-alone super version of the Ranger, known as the Raptor. Think of it as the Ford equivalent to the Holden Colorado based HSV SportsCat. Its release is separate to the normal Ranger range.