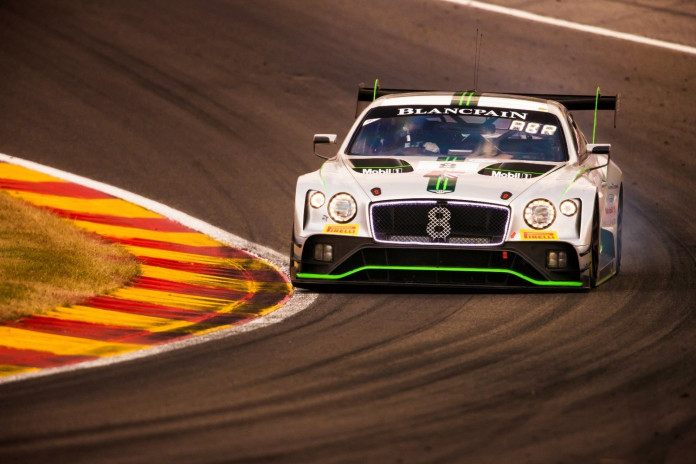 THE Bentley Boys are coming back to Mount Panorama for the Bathurst 12 Hour, with confirmation Bentley Motorsport will enter the Blancpain GT Series Endurance Cup and Intercontinental GT Challenge in 2019.

The 12 Hour is the opening round of the Intercontinental GT Challenge, with the company also confirming it will field a four-car Pro-class entry in the season’s longest and largest race, 24 Hours of Spa-Francorchamps.

Following a successful development year for the second generation Continental GT3, Bentley Team M-Sport will challenge for overall honours in two of the highest profile GT championships in the world with its pair of race cars and six works team drivers.

For the 24 Hours of Spa, the team will run two additional pro-class entries with all drivers to be confirmed in the coming weeks.

All six of the Bentley Motorsport works team racing drivers have been retained for the 2019 season, including Vincent Abril, Jules Gounon, Steven Kane, Jordan Pepper, Andy Soucek and Maxime Soulet.

The expanded programme will also see Bentley Motorsport continue its tradition of promoting customer team racing drivers to the central team, giving them the opportunity to follow in the footsteps of Blancpain Sprint Series champion Vince Abril and Bentley Team ABT graduate Jordan Pepper.

“From the start of our GT3 programme, the Blancpain GT Series Endurance Cup has provided an ideal platform for us to demonstrate the performance of our cars and develop them for our customers to race around the world,” Bentley director of motor sport, Brian Gush said.

“The Intercontinental GT Challenge allows us to extend our programme outside of Europe, which is vital to reflect the global presence of our brand.”

The 24 Hours of Spa is the fourth round of the Blancpain GT Series Endurance Cup – following races at Monza, Silverstone and Paul Ricard and preceding a race at the Nürburgring.

It is also the third round of the Intercontintal GT Challenge, which starts with Bathurst 12 Hour before heading to the Laguna Seca 8 Hour and continuing after Spa with Suzuka 10 Hour and the new-for-2019 nine-hour race at Kyalami.