Base model Kia stung by ANCAP 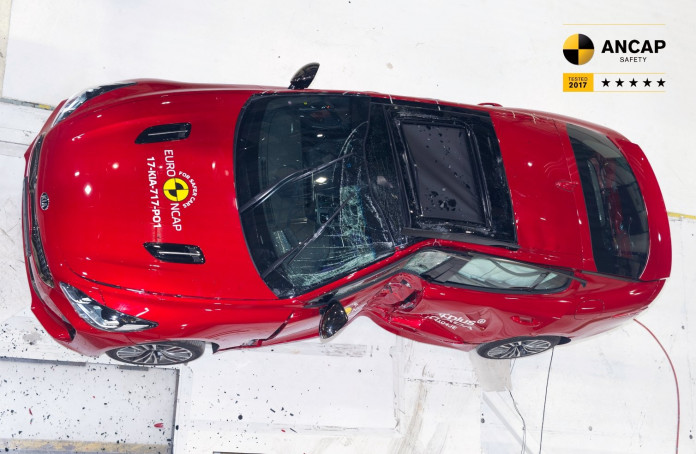 With the inclusion of Autonomous Emergency Braking on the 200S and 330S models, ANCAP has lifted the ratings for those two models up to 5-Stars, in line with the rest of the Stinger model range.

THE Kia Stinger has scored a controversial split safety rating from independent safety ratings agency ANCAP, with the two base model variants scoring just three stars, while all other models picked up the maximum five star rating.

“As a new market entrant, the Kia Stinger has generated a lot of public interest and consumers should expect a five star safety rating for this calibre of vehicle,” said ANCAP Chief Executive, Mr James Goodwin.

“The Si, GT Line and GT variants marketed in Australia, and all New Zealand Stinger variants are well equipped and have earnt the maximum five star ANCAP safety rating,” he said.

“Unfortunately two Stinger variants offered as part of the Australian model line-up – the 200S and 330S – are supplied without the active safety aids provided in other variants and score three stars.”

Mr Goodwin highlighted the lack of autonomous emergency braking and lane keep assist in the base models as the reason for a 25 per cent reduction in the vehicle’s safety assist score, among other issues.

“Australasian variants also lack rear seat belt pre-tensioners and load limiters which help manage the forces of a crash, and a penalty has been applied to the full width test score,” said Mr Goodwin.

“Australasian customers should feel let down that important safety features are being left out of the vehicles we’re being supplied. We would urge Kia to offer the same safety specification across all variants and all markets to ensure the best safety outcomes,” he added.

To put that into some perspective, back in January, the 2017 Ford Mustang scored a two star ANCAP safety rating.

“This result is simply shocking for such a newly designed and popular model,” said ANCAP Chief Executive Officer, Mr James Goodwin at the time.

“The safety of adult occupants, child occupants and the ability to avoid a crash all form the basis of our ratings and the Mustang falls short in each of these areas,” he said.

In other ANCAP testing, Jaguar’s most popular selling model in Australia, the F-Pace, scored well with five stars for all variants, with high scores achieved in all physical crash tests and performance assessments.