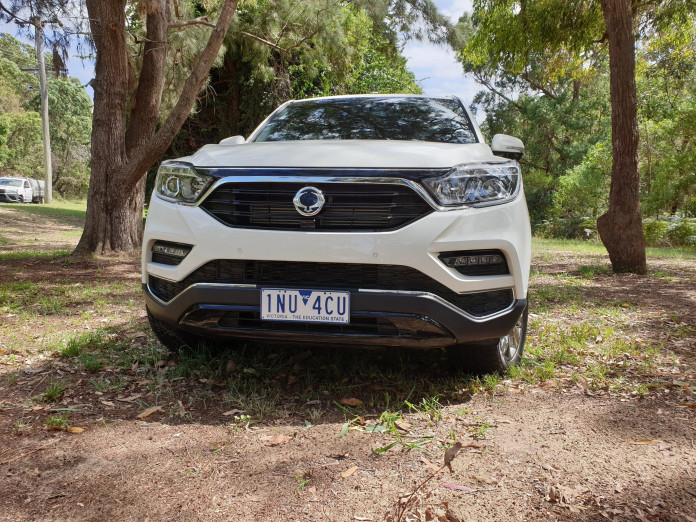 HOW does one describe, or shall we say introduce, an SUV that’s got close to or better specs than a certain high profile Japanese rival that costs nearly $30,000 more? Maybe the 2019 SsangYong Rexton Ultimate doesn’t need it. The value can speak for itself.

The SsangYong what, we hear you say. SsangYong. You remember them. They’ve been here before, with cars like the Musso and Rexton, and the almost unknown Stavic and Korando. They also happen to be Korea’s third or fourth largest car maker.

Last time they visited, or in fact the last two times, it was with other companies doing the distribution, and at some point they skirted bankruptcy too. But this time is different. SsangYong has an Australia after it’s name this time, and they’re here as a factory brand.

Given the brand’s potted history in this country, we climbed behind the wheel of the shiny and all-new Rexton with some pretty low expectations. What followed during our test period was everyone who drove it being blown away by just how good it is.

In our case, the Rexton Ultimate was powered by the 133kW 2.2-litre e-XDi 220 diesel engine, producing 420Nm of torque. The Euro6 compliant power plant is mated to a 7-speed Mercedes-Benz automatic transmission.

There’s also a petrol engined 6-speed available, for those that want one, in the form of the 2.0-litre e-XGDi 200 motor, with the turbo charged offering delivering 165kW of power and 350Nm of torque. It is only available on the base model ELX variant though.

So if you’re keen on the luxury and looks side of the Rexton, it’s diesel or nothing. You might also be led to say, what diesel and what transmission, it really is that quiet inside, thanks to noise suppression, and gear changes are genuinely seamless.

There’s a 3.5-tonne towing capacity for when you want to haul big stuff as well, and it’s loaded with big ground clearance, a proper 4×4 system, ladder frame chassis and a proper transfer case. It’s a serious off-roader, make no mistake.

And for those who want to take it rock hopping or mountain climbing, it’s also got a full sized spare, multi-link rear suspension, and double wishbone up front. Overall, it hits the mark, with Indian parent company Mahindra working hard to built a high quality vehicle.

For the most part, they’ve more than achieved it. The standard specifications for the price are insane, and include autonomous emergency braking, forward collision and lane departure warnings and high beam assist.

Much like a good Demtel advert (you will have to Google them), there’s still more, including speed-sensitive steering, a 360-degree camera and stainless steel scuff plates. The interior styling is also exceptional.

The seats are super comfortable and feature multi-directional adjustments and settings memory, and there’s plenty of faux wood and soft touch plastics, high quality switches and niceties to make it feel more expensive than it is.

The steering wheel controls are there too, and although they’re a little confusing to pilot they do the job. It’s got Apple CarPlay and Android Auto as standard as well, along with DAB+ digital audio and a large and very pretty infotainment system and touch screen.

What’s missing is built in SatNav, although it’s coming in October 2019. In the meantime, if you’re happy to mirror your phone, then it’s perfect. Middle row seating is pretty impressive too, with plenty of leg and head room, and only a little sacrifice for the sunroof.

The middle row also has its own lighting, reclining seats, a USB port, a power point (for real, but you’ll need an adapter), adjustable air vents, and wait for it, heated seating. The third row though is probably only kid suitable.

It’s a common problem with larger SUVs, including competitors like the Kia Sorento Platinum and Hyundai Santa Fe Highlander, where styling takes over from practicality. There are airbags everywhere though, with the exception of the third row.

On the outside it looks good, with sculpted lines and strong street appeal. More than once we were asked what it was, and for a quick peek inside by fellow punters. It’s not perfect though, and where it falls down is in the driving experience.

Don’t get us wrong. It’s nice to drive. It does a capable job of handling pretty much every road surface out there. But that’s all. It’s only capable, nothing more. For example, the steering is way too light, particularly in the city. The open road is only marginally better.

Worse still is the Euro-tuned suspension. Think truck like ride and handling. Way too soft. We’re assured a local suspension tune is on its way, courtesy of the boys from Ironman 4×4, but it isn’t here yet, so we can’t judge it from that perspective.

Now, you’re wondering about the price aren’t you. Well let’s start by saying that its competition includes the much dearer, as mentioned previously, Toyota Prado Kakadu, and the softer Hyundai and Kia, and finish with $53,490 drive away (including premium paint).

The 2019 SsangYong Rexton Ultimate is available in Atlantic Blue, Elemental Grey, Fine Silver, Grand White (the colour of our test vehicle), Sabbia Beige and Space Black. It comes with a 7-year warranty, with roadside assist and unlimited kilometres.

Our test vehicle was provided by SsangYong Australia. To find out more about the 2019 SsangYong Rexton Ultimate, contact your local SsangYong dealer.