FRANCE may well be known for a large tower and sour faced waiters serving cheese and baguettes with a glass of red, but it’s also known for having produced more than the occasional gem of a car.

Exhaust Notes Australia was given the keys to one such gem; the 2019 Renault Megane R.S. 280. Tack on Cup Chassis to the end of that name and an already competent vehicle gets an injection of grin inducing potency.

The latest pricing has it at $44,990 plus on roads, with the Cup Chassis adding black Interlagos wheels, Brembo brakes and composite brake pads, and tighter suspension, over the standard RS 280.

The 280 part of the name comes from the horsepower output of the 1.8-litre turbocharged engine, which in kilowatt language translates to 205. Peak torque is 390Nm, and that’s at a handy 2400rpm through to 4800rpm.

This puts the Megane R.S. 280 above the Golf GTi for grunt, with a 0-100km/h time of 5.8 seconds. Handy because the six speed manual’s final drive has it pretty much on those rev numbers at highway speeds.

Consumption for the six speed manual is a claimed 7.4-litres/100km of 95RON minimum. However the tank is on the smallish size at 50-litres. To stretch its legs, we took the beast on an 800 kilometre round trip to the central NSW town of Dubbo.

The long drive was an ideal test for the handling, the ride, and the engine’s poke.

On the long sweeping highway sections between the lower Blue Mountains to Bathurst, from Bathurst to Orange, and from Orange to Dubbo, there’s ample safe space to see just how well credentialed the Megane is.

The rougher tarmac out west is a great test of chassis fluidity and the Megane’s five drive modes. Neutral or Comfort, for the most part, would seem to be a fair choice when choosing from the presets (there’s also Sport, Race and Perso).

We have to say though we thought both of these were uncomfortably jiggly and, surprisingly, it was Sport mode that became a more comfortable option. The Megane’s unique multi-sense management system was definitely a factor.

The Cup Chassis also features a suspension system with four compression bump stops. This effectively offers a dampener for the dampener in the shock absorbers, when it comes to the harsher road conditions.

The six speed transmission is an absolute gem of a thing to play with too. A short throw selector engages the six close ratio cogs, and having a super slick clutch mechanism with a real tactile feel helps too.

A real standout of the RS is its ability to pull away even in sixth, thanks to around 80 per cent of torque being available from around 1500rpm. It’s safe to say that the long straights will have the petitely shaped five door seeing the old money ton with no stress.

Rolling acceleration is stupendous, and launching it off the line sees the numbers change rapidly, with a noticeable change in urge once the peak torque figure is reached.

When engaging those drive modes we talked about earlier, a small icon in the right lower corner of the dash display shows which one has been selected. Notably, the full colour LCD display changes in colour and look to indicate which mode you’re in.

The vertically aligned 8.7-inch touchscreen is a technophile’s delight. Along with the drive modes there are graphs that show the peak kilowatts and torque, with a moving line as revs rise and fall. There’s also throttle pressure, revs, compass, and steering angle.

That last one may seem a bit ‘so what’, but it’s because the rear wheels also have steering. It’s part of why the Megane R.S. 280 Cup Chassis sticks to the road during cornering like a baby to a lolly pop.

They’ll go opposite to the front by up to 2.7 degrees at slower speeds and will parallel the front at 60km/h. In race mode that figure jumps to 100km/h. Renault call this 4Control. There’s also a Torsen mechanical limited slip diff.

There is plenty of control with the excellent brakes too, and although not as instantly tactile as some, they are confident and precise in hauling in the Megane time after time.

Although the Megane R.S. is definitely on the side of sports when it comes to performance and handling, Renault haven’t overlooked the comfort of occupants. The cloth covered sports bucket seats are wrap around and supportive, just like pulling on a tailored suit.

They’re heated but not vented, an oversight by too many manufacturers inside the Australian market. The sensation inside the cabin is one of feeling it’s functional, with a bent towards the sporting nature underneath.

The sound system is from Bose, and on its own sounds a treat. However, the digital tuner fitted is, frankly, the worst for sensitivity we’ve ever experienced, with dropouts in clear reception areas for other vehicles.

The plastics are an average look and feel, lacking an upmarket visual and tactile feel. The actual build quality is high, with no loose or floating parts, no squeaks or rattles, however the chrome look top section of the gear selector is a great heat magnet.

Along with the carbon black cloth weave is some faux carbon fibre inlays on the doors. They’re a soft touch, and look the part. On the passenger side there is a pair of USBs and an SD card slot up front, and a sole 12V socket for the rear seat.

Pop in a 12V adapter with twin USB slots and your rear seat passengers are covered for charging on the go. However, due to the Megane’s petite overall size, rear seat leg room is adequate, not stellar.

If you’re looking for a spare wheel, forget it. There’s only a compressor and puncture sealing goop. At least there’s the mandated safety features like six airbags, AEB and blind spot alert. Rear and front sensors are standard, as is a reverse camera and parking assist.

Organic best describes the Megane’s rounded, curvaceous, shape. Seen directly from the rear it’s got a cuter bum than a Minogue, yet, if painted white, would bear a strong similarity to a storm trooper thanks to the way the rear wheel track broadens out from the roof.

The front is smooth, housing a triple set of LED powered driving lights on each lower section. The headlights are intense LEDs and cut through the night perfectly. Our test car was clad in an eye catching Orange Tonic metallic paint.

It made it a target for a lot of wannabe heroes, and as powerful as it is, it’s not an all wheel drive, such as Subaru’s WRX. Launch the RS 280 hard, as it demands, and there’s noticeable torque steer.

That’s easily controllable, and Renault themselves engineer the front end to dial it out quite quickly. That torque steer is only apparent on launch though. In any gear, at rolling speeds, it’s not there.

Aurally, the Megane R.S. 280 Cup Chassis also lacks somewhat. There’s a muffled rort to the exhaust on idle, which does change in note if selecting Sport from Neutral. Climbing up through the rev range there’s a hint of a bark, a growl from the twin heat shielded pipes, but possibly not enough to please the hard core enthusiasts.

If you’re thinking of buying one, you should know that late in 2018 Renault pared back the warranty for their Sport branded vehicles to three years, down from the five the normal range of cars has.

There is up to four years of road side assist, and three years capped price servicing though. And while there are competitors that are cheaper, they potentially don’t offer the same tech and inane grin inducing factor that this $45K pocket rocket does.

Our test vehicle was supplied by Renault Australia. To find out more about the 2019 Renault Megane R.S. 280 Cup Chassis, contact your local Renault dealer. 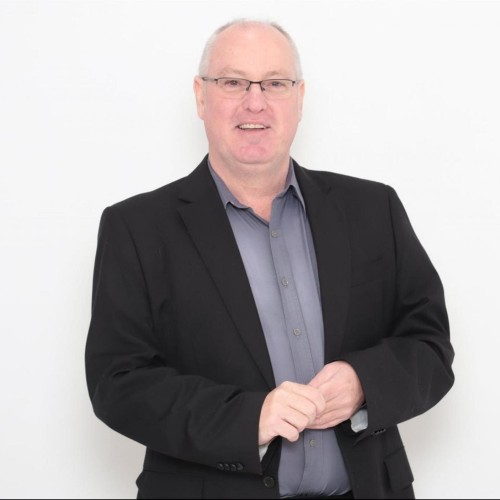 Dave Conole
Dave Conole is an independent automotive writer and reviewer with more than 20 years experience. Hailing from Perth, he began his career on radio station 6RPH, before moving to Sydney, where he became the circuit commentator at Sydney Motor Sport Park for 15 years.