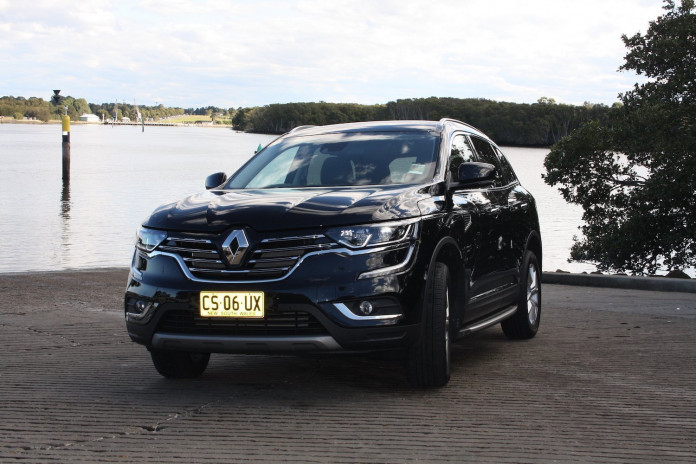 FROM a brand steeped in history, with a heritage that dates back to 1898, comes an SUV worthy of such a pedigree. Sounds like the voice over for a movie. In reality, this is a car review, and the 2019 Renault Koleos Zen is a quality family SUV, that ticks a lot of boxes.

While there’s no French countryside, red wine, smelly cheeses or baguettes in this story, and no performance cars either, the Koleos offers a very comfortable ride, and is loaded with more than enough tech for all your phones and gadgets.

The seats are heated, the dash is well thought out, to a point, there are two USB charging ports in the front and rear of the car, and a power socket. There’s plenty of air to go around too, with an abundance of vents on offer.

Leg and head height in the rear seats will never be an issue either, unless you’re an NBA player, and there’s an armrest in the rear, complete with cup holders. Much like the front seats, it’s a very comfortable place to be.

The abundance of technology includes a 7-inch touch screen with R-Link, Apple CarPlay, Android Auto, Bluetooth and SatNav, which comes with up to three years of free map upgrades and includes live traffic.

There are some downsides inside though, including the fact the on/off button for the cruise control is actually located in the centre dash controls. You’ll have to come back to the steering wheel to use it though, as the set and resume buttons are located there.

The other odd one is the stereo controls; normally located on the steering wheel. Not in the Koleos, you’ll find those on a separate stalk behind the steering wheel that for us was altogether too close to the wheel and not easy to use.

It took some getting used to. That said, these two potentially French nuances in quirky design were all we could fault with the Koleos. Boot space is huge, as you would expect, so taking the family away for the weekend will never be a problem.

If you need space in the rear for a longer load, the 60/40 seats will fold almost flat as well. We have to say, it’s a good looking car, inside, and it offers an exceptional level of practicality.

The outside is let down a little by its overall styling. It just doesn’t stand out. Don’t get us wrong, we like the car, but there was just no real wow factor. That might be a symptom of the whole sector, as it’s all a bit same-same.

The wheels are 18-inch Taranis alloys and you also get the now obligatory LED daytime running lights as well. We had some optional extras fitted to the Zen we drove, including side steps and satin grey roof rails.

As for the drive; comfortable but not boring. Power is delivered super smoothly by the 2.5-litre 4-cylinder petrol engine and “7-speed” CVT auto transmission. So smoothly in fact that you can be driving much faster than you think you are.

Engine outputs sit at 126kW of power and 226Nm of torque, and while it’s not going to set any new land-speed records, it will keep up with city or highway traffic very nicely, while providing a very smooth and relaxing experience for your passengers.

On the road there is very little road noise. It’s pretty damn good on that front in fact. Fuel economy isn’t too bad either, with a claimed 8.1-litres/100km, although we could only manage 9.3-litres/100km. Still pretty good for a mid-sized SUV.

It’s front-wheel drive, with a 2.0-tonne braked towing capacity, and at a starting price of $35,490 plus on-roads, offers some decent competition for rivals like the Nissan X-Trail, Mazda CX-5 and Volkswagen Tiguan.

It comes with a 5-year warranty, four years of roadside assist, solid fuel economy and plenty of comfort. It’s definitely worth considering if you’re in the market for a capable mid-sized SUV.

Our test vehicle was supplied by Renault Australia. To find out more about the 2019 Renault Koleos Zen, contract your local Renault dealer.