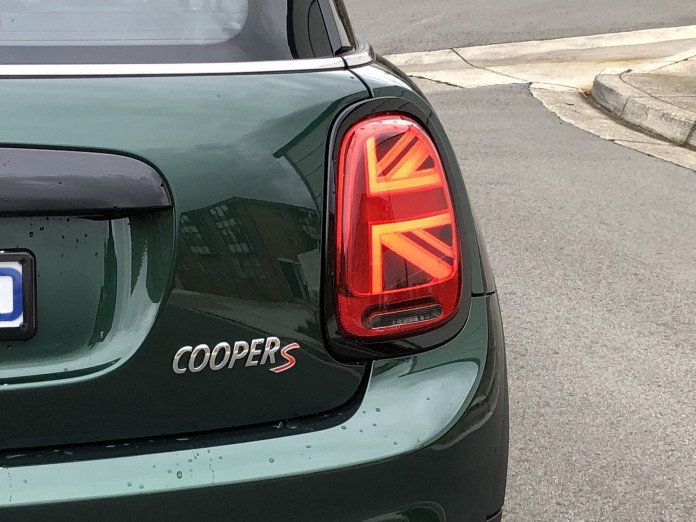 WHO would have thought that a quirky little front wheel drive designed in Britain by a Greek designer named Alec Issigonis in the very early 60s, would become the icon it is today, let alone remain as funky and as fun as the original.

It’s had a tough life as a brand, starting of under British Leyland and Rover before being acquired by British Aerospace and then BMW, who picked up the brand as part of its Rover purchase in 1994. By the year 2000, MINI was all that remained in BMW hands.

The relaunch of the MINI brand left many purists a little confused by the fact that the newer offering is not as ‘MINI’ as the original MINI, but that hasn’t stopped it taking off as a desirable, sporty and very capable vehicle, with multiple model variants.

We’re steering the new Cooper S, a model worthy of its name, which is instantly recognisable, especially when it lands in British racing green livery, with dark bonnet stripes. It’s very MINI, and very Cooper S.

The colour choices are many and varied, both inside and out, with a range of interiors available. On the outside, should you not love British Racing Green II (and quite frankly if you don’t, what’s wrong with you?), there are 12 other options to choose from.

The driving experience is absolutely MINI. The suspension is stiff. The ride is rough and ready. If you’re looking for a funky hatch that rides like a family sedan, this isn’t it. What you get is a car capable of cornering at ridiculous speeds and maintain its composure.

It is meant to make you feel like you are driving at race track speeds while sitting on the freeway at 110km/h. And it does. Weighing in at just 1,200kg the Cooper S zippy and loads of fun to scoot around in, no matter where you’re going.

The engine is brilliant too. The 2.0-litre turbo power plant provides 141kW of power and 280Nm of torque, and is mated to a very punchy 7-speed auto gearbox. Top speed is apparently 246km/h. That’s chaotic in what is essentially a sexy go-kart.

The dual tail pipes that come out at the centre rear give an excellent, sporty exhaust note and when pushed, provides great popping sounds between gear changes that only adds to the already excellent and sporty feel of the car. It just makes you smile.

There are a bunch of drive modes, with Sport mode our pick of the bunch. It not only adds to the punchy nature of the car, it also makes the steering a little heavier but more precise.

Mid is the default driving mode and this is probably where you would leave it for the daily commute – light and nimble. On the weekend though, switch to Sport, find a run of twisting roads, or a long highway, push the accelerator, and sit back and enjoy.

The brakes are excellent, but we would like to see stickier tyres as standard. The factory boots are a little lacking in grip if pushed. There was also a reasonable amount of road noise on rougher surfaces, but nothing too serious.

The fuel economy is pretty good at 7.1-litres/100km (claimed). We managed 7.3. We also liked the flappy paddles for manual mode. Inside the car has a 6.5-inch infotainment system with Bluetooth, Apple CarPlay and Android Auto.

There’s also SatNav, wireless charging, two USB ports in the front of the car, rain sensing wipers and a few other fun things to play with. But if you’re buying a 2019 MINI Cooper S, especially one with JCW bits, you aren’t buying it for the tech.

The only things that we thought were a downside to the MINI were the auto stop/start at idle, which can be turned off, but has to be turned off every time you start the car, and a lack of AEB, blind spot monitoring or lane keep assist.

The seats are super comfortable as well, and include a bit of a nod to parent company BMW, with an extension piece for people with longer legs. It’s a nice touch. The trim is well finished and the red stitching on the steering wheel is a nice detail.

All in all it feels like a very well built car. There were no signs of any rattles or loose bits to annoy and visibility was excellent. This was a car that you can spend hours in and not be bored.

The MINI Cooper S holds its own against rivals like the Golf, Mazda3 and Mazda MX-5, but is a little more expensive than most in that category, at $42,700 plus on roads. Nobody buys normal cars as an investment though, so for fun factor alone, it’s worth it.

Our test vehicle was provided by MINI Australia. To find out more about the 2019 MINI Cooper S, contact your local MINI dealer.