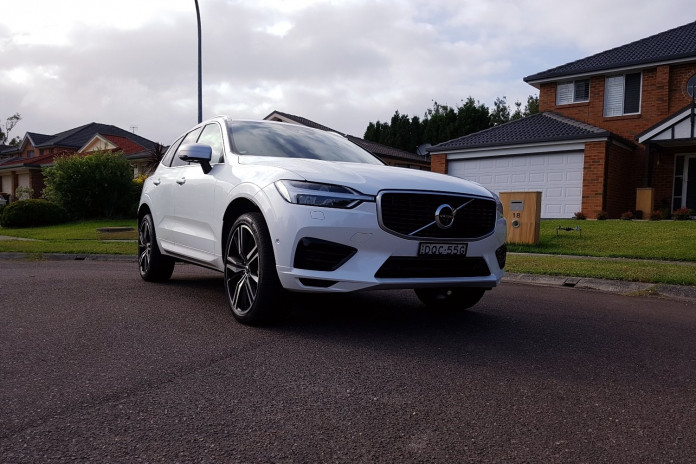 VOLVO is not known to brag about horsepower. Not that Volvo has anything against horsepower, it wouldn’t have the Polestar performance brand if it did. It’s just that horsepower isn’t an area the Swedish brand shouts from the rooftop.

Yet the new 2018 XC60 T8 R Design’s complex plug in hybrid power train makes some serious power, and it’s even the same setup that can be found in the larger, seven seat XC90 of the same specification.

Hybrids have always been kind of like the vegetarian option at a restaurant. You know, car makers will have a whole menu of diesel and petrol variants in a range, and then maybe a hybrid version, if you’re lucky.

But Volvo is changing that because the top of the XC60 range is a hybrid – not a token variant, not a half-hearted attempt to be seen to be doing the right thing, not a side salad. No, if you want the top grade XC60, you can only get the hybrid T8 R Design.

Volvo has signalled its intent to embrace electrification imminently, with all models adding voltage to their power trains from next year. Most will get a 48-volt injection but there will be more plug-ins and a full electric vehicle is due by the end of 2019.

Currently, there are three hybrid options in the Volvo range, the plug-in versions of the XC90, the S90, and this vehicle, the XC60. Like the others, it uses a petrol 4-cylinder to drive the front wheels through an 8-speed auto.

Like the others, it also has a 65kW/250Nm electric motor driving the rears and the supercharged and turbo charged engine is impressively powerful for its small size, making 235kW of total power and 400Nm total torque.

The 10.4kWh lithium-ion battery pack which helps it all come together to maximise fuel economy and performance is housed in the transmission tunnel so there’s no loss of boot capacity either.

Acceleration is swift, we’re talking 0-100km/h in 5.3 seconds. That makes it the fastest-sprinting XC60 in the range. More than half a second ahead of the T6 below it, which has the same 4-cylinder engine, but no electric motor.

The eight-speed automatic transmission does a smooth, in fact an unnoticeable smooth, job of shifting gears. Fully charged, it’s good for a quoted EV range of 43km, and there are three drive modes; Pure, Hybrid and Power.

Pure is all electric, while Hybrid uses a mix of petrol and EV drive and Power sees the engine in charge, with the electric motor used as a booster. Volvo claims the XC60 T8 will use as little as 2.1-litres/100km, That’s a big claim.

To achieve that, you will need to charge your battery every night by plugging in, ensuring you maximise the charge load. Drive a fair way in heavy traffic after you’ve used up all that battery, and that number could push 14.0-litres/100km.

So what is it like to drive? Quiet, quick, comfortable. If we had three words to sum up the driving experience that would be them. Twist the aftershave bottle lid to switch it on and you’re going – no sound as the electric motor awakens and waits.

Sitting next to the speedo is another dial whose needle swings into the petrol or electric zone depending on which you’re drawing your propulsion from. As you hit the brakes the size of the electric zone grows as charge in the batteries is topped up.

Providing there’s enough charge you can drive purely on electricity in Eco mode. But not us. We left it in hybrid and never charged it using the wall plug, for two reasons. The first is sheer laziness, there was another car in the way.

The second was purely scientific. We wanted to see what the worst-case scenario would be. It was bad, but as is evident from the numbers we mentioned earlier, we needed to know.

Gliding along silently on electric power, the XC60 takes the Zen-like calmness of its interior to another level. The auto stop/start function generally goes unnoticed.

The T8 R Design lists for $92,990 plus on-roads and gets a panoramic sunroof, a handmade crystal gear shift knob, leather covered dashboard, real driftwood inlays, navigation, and 20-inch wheels, all as standard.

It has dual zone climate control, and can be set to cool itself automatically with its pre-conditioning system. You’ll also find rear air vents in the back row. Our tester was also fitted with heated & ventilated seats front and rear, and heated steering.

Oh, it also came with a 15-speaker Bowers & Wilkins stereo with digital radio (which let us tell you, is freaking amazing). The XC60’s cabin is spacious, with plenty of legroom in the back seats, and good head room even with the sunroof.

Boot capacity of 505-litres isn’t huge, but it’s adequate. XC60s with the optional air suspension, like ours, can lower themselves to make loading easier, should you need assistance.

It’s an incredible car to drive, and if you’re dedicated to the hybrid cause, then the plug-in 2018 XC60 T8 R-Design will provide you with outstanding fuel economy and a great drive, providing you remember charge every night.

If you’re lazy though, it will end up costing you more in fuel, and the T6 version of the XC60 might be a better choice.

Our 2018 Volvo XC60 T8 R-Design was provided by Volvo Australia. To find out more, contact your local Volvo dealer.