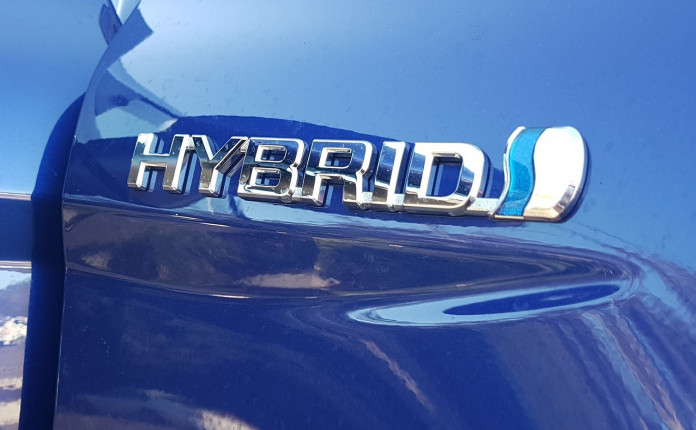 THE Toyota Camry is such a well known commodity that each new generation brings with it the expectation of, well, more Camry-ness. It’s this stubbornly consistent formula that has made it thoroughly innocuous, and also the best selling car in Australia.

A roomy cabin, a floaty ride, solid fuel economy, reliability that would make the Maytag repairman envious, and a driving character so bland it gives vanilla a bad name. Well that was until now.

Introducing the 2018 Toyota Camry Ascent Hybrid. The Camry, which is now made in Japan, has received a major overhaul, including a new platform, more aggressive styling, and vastly improved driving dynamics.

What hasn’t changed is that there are still the multiple branches on the Camry family tree, the sporty-ish models Ascent, Ascent Sport, and SX, with the luxury oriented branch represented by the SL.

Every option is married to either a 6-speed automatic or 8-speed automatic CVT gearbox, and the ascent we were driving came fully loaded with a stack of kit, despite sitting at the bottom of the range.

That’s not the end yet, it rides on 17-inch alloy wheels with a full sized spare wheel and is also bundled with drive mode select, auto levelling headlights, rear combination lights and daytime running lights (all LED).

Inside, there’s a 7-inch display screen with Toyota link apps and six speakers with Aux-in/USB/Bluetooth, a 4.2-inch digital trip computer, cloth seat trim, and a urethane steering wheel with lots of buttons.

Right, that’s it we’re done. It’s an impressive list, isn’t it? But how much more impressive does that list get when we tell you it’s only $29,990 plus on-roads for the 2018 Toyota Camry Ascent Hybrid.

Powering the eco-friendly Camry is a familiar hybrid drive train. The combustion portion produces 131kW of power and 221Nm of torque, while the electric portion consists of an 88kW electric motor that produces 202Nm of torque.

This electric motor is mated to a Ni-MH (nickel-metal hydride) battery pack, with the combined system outputting 160kW of power, for an average fuel consumption of just 4.2-litres/100km.

The hybrid drive train offers plenty of torque and added kick when called upon, and it’s smooth enough to be driven within its hybrid sweet spot the majority of the time too.

Request anything more than modest acceleration, though, and the hybrid’s CVT arrangement allows the engine to zing up to moderately high rpm and hang there (a behaviour common to CVTs and hybrid power trains that we dislike).

While it’s not a terrible sound, we’d still rather there was less of it penetrating the otherwise quiet cabin. Not that Toyota didn’t try. They added a manual mode that enables the driver to shift through six simulated gears.

The body’s torsional stiffness has also been increased by 30 per cent, and the old car’s rear struts are gone, replaced with a sophisticated multi-link setup, with the old Camry bob effect gone in the process.

It now lopes across the larger swells and damps out bumps swiftly and smoothly, with no aftershock. The steering is light at low speeds too, has a strong sense of centre, and a crisp response when you swing the wheel into a bend.

The Camry is still not a car that you hurl at apexes, but stability control now jumps in early and often, putting it in the zone, and offering a thoroughly competent sedan that goes about its business with an air of composure.

The hybrid Camry does take some getting used to though, as the brake pedal feel, a long standing issue, is still not right. Unlike a normal brake pedal that gradually transitions when you depress the pedal, the hybrid setup is far more abrupt and sensitive.

Inside and out, the new Camry gives off a premium vibe foreign to the Camry’s of yore. Built on Toyota’s New Global Architecture (TNGA), the 2018 Camry rides on a longer, lower and wider wheelbase.

The resulting proportions and elegantly sloping roof line give it a more substantial, upscale look, and but for the Camry’s unfortunate scowl of a front end, it almost could be mistaken for an entry-level luxury sedan.

Drop into the driver’s seat though, and it’s hard not to feel at least a little let down. The plastic steering wheel feels like it’s cast out of a single plastic mould. There’s no leather wrap and it gets damn hot when it has been in the sun for a while.

Soft surfaces abound, and hard plastic trim pieces are well disguised with faux stitching along the dashboard and piano black fascia finishes. Designer touches are scattered around the cabin too, which we didn’t expect given the steering wheel.

For instance, the delicate interior door handles are the tips of the satin aluminium spears adorning the door trim panels, and the eject button for the CD player is integrated elegantly into a thin band of bright trim so that it all but disappears.

The 2018 Camry Ascent Hybrid has a few drawbacks with the infotainment system in terms of functionality too, but again, Toyota has done some work to improve it in terms of resolution, clarity and speed.

There’s still no Apple CarPlay or Android Auto, which means there’s no option for readily accessible satellite navigation, because there’s no SatNav either. You can utilise the “Toyota Link” functionality, but it’s fairly painful to set up and to use.

Passenger space is virtually unchanged front and rear, and glassed areas remain plentiful, so the cabin once again feels roomy, airy, and open. The interior materials, finishes, and design details are surprisingly rich.

Luggage capacity, meanwhile, varies across the line depending on grade and spec. Our base Ascent has a whopping 493 litres of boot space, while the rest of the range uses a temporary spare, gaining an extra 31 litres of space.

The new Toyota Camry Ascent Hybrid has seriously impressed us, with the company bringing the car through its first major revolution. The Japanese built model could just be the best Camry that Toyota has ever produced.

Toyota has brought the Camry to an interesting point in it’s life. It will be interesting to see what Toyota brings to the table in future generations.

Our 2018 Toyota Camry Ascent Hybrid was supplied by Toyota Australia. To find out more, contact your local Toyota dealer.