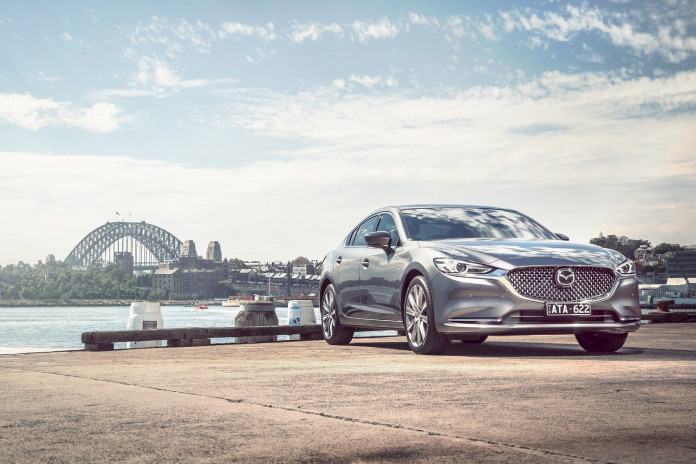 IN the face of a rapidly shrinking mid-sized passenger car segment, life should, in theory, be pretty bleak for the third generation Mazda6, which has now racked up some six years of existence. Instead, it could be the key to a resurgence.

Up against an outright threat from family buyers flocking to high riding SUVs, including the wildly popular CX-5, one might wonder whether the Japanese brand was tempted to throw in the towel on mid-sized cars entirely.

But it hasn’t. Instead, Mazda has built on the first initial mild face-lift of the current model, completed in 2015, to add what we will call mature elegance to the Mazda6, with further visual refinements at the front and rear.

The fog lamps have been eliminated and replaced with new integrated LED headlights that given a more refined look, while the rear end has body coloured bumpers and trim, with new look exhaust outlets, and redesigned 17 and 19-inch alloy wheels. 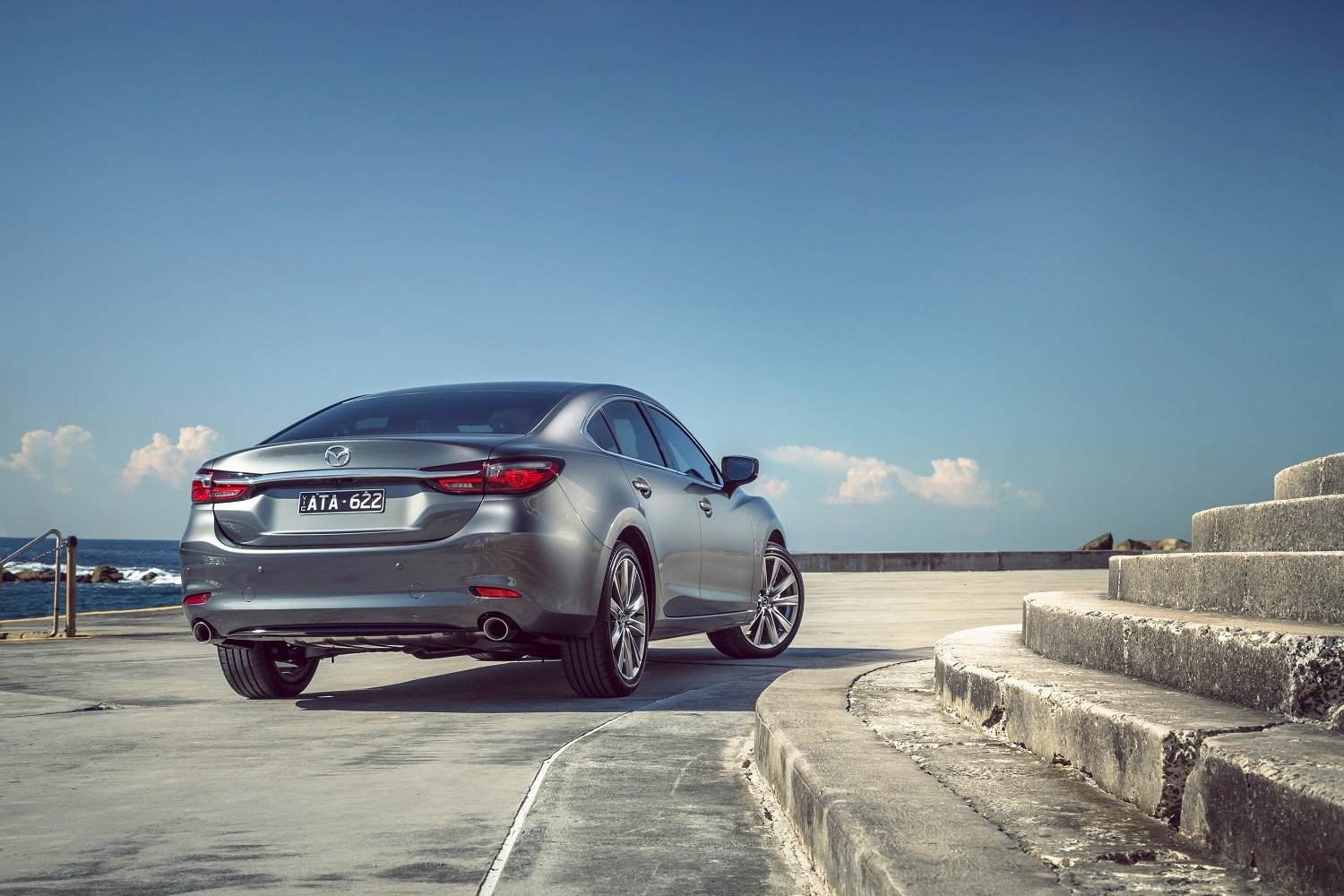 The new design stretches out the air vents and dash and helps the cabin feel more spacious – even if it really isn’t. Mazda’s proprietary suede material that breaks up the otherwise (good quality) plastic and rubber walnut brown interior is a nice touch.

The front seats get ‘suck through’ ventilation, along with heating for winter and electric adjustment, with bolstering support. In front of the steering wheel is a new heads up display that projects onto the windscreen rather than a plastic flip-up shield.

The driver’s instrument cluster is also newer with a 7.0-inch screen to display settings for modern driver aids like radar cruise control. In the centre of the dash is a larger 8.0-inch infotainment screen that uses the same ageing MZD Connect software as before.

What that used to mean was no Apple CarPlay or Android Auto as standard, however Mazda has confirmed that all new vehicles shipped from October, in Touring specification or higher, will have both, and that existing owners can have it retrofitted for $500.

The rear seats in the Mazda6 have also been redesigned and offer a little more bolstering on top of higher density foam that promises extended comfort on longer drives. The seats are heated and there’s reasonable leg and head room in the surprisingly roomy cabin.

The Atenza also comes with a raft of safety tech, including lane keep assist, and a new 360-degree birds eye view camera system. It’s also got a decent boot, at 474-litres.

It’s pretty hushed on the right road surfaces and quieter than any model before it, even on the 19-inch rubber the Mazda6 Atenza comes with. Coarse surfaces aren’t so forgiving, but they rarely are on such big rims.

Ride comfort, which is slightly soft and not overly dynamic, is good on all road surfaces too, even our poorer country roads and gravel surfaces. Oh, and it’s got power too, bucket loads more than before.

The old model fell short in engine performance, but now that it’s bundled with a 170kW 2.5-litre 4-cylinder turbo engine in the GT and Atenza, it’s comprehensively better and far more refined.

The engine outputs a meaty 420Nm of torque as well, but we’re told that on 98RON (the turbo can use regular unleaded just fine) it puts out closer to 184kW. For those who choose a lower spec Mazda6, there is a naturally aspirated 2.5-litre four.

The aforementioned up-rated 140kW/450Nm diesel is optional on the Touring, GT, and Atenza. Mazda’s tricky twin outlet exhaust design helps spool the turbo early and at full torque, which sounds wild, but in real life it doesn’t feel that way, which is a good thing.

Torque truncating and traction control are unobtrusive, yet tame torque steer when pushing with mild enthusiasm. Kick down on the pedal and there’s some tugging at the wheel but the added power and responsive 6-speed auto make for an enjoyable drive.

The re-tuned steering also helps to provide a superior driving experience than before, and with claimed fuel consumption of 7.6L/100km it’s just under 10 per cent thirstier than the old motor.

Just keep in mind this is not a return to sports car form, even if it is a glimmer of what could be done. Instead, the focus on improved refinement and ride quality with an effortless engine has paid off, and the new Mazda6 is a strong proposition in its class.

Our test vehicle was supplied by Mazda Australia. To find out more about the 2018 Mazda6 Atenza, contact your local Mazda dealer.