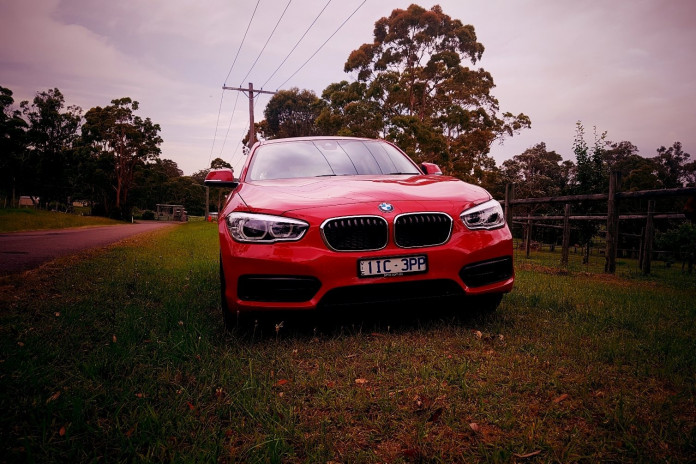 BMW has always been and will remain a pinnacle motor car. But owning one doesn’t have to involve a second mortgage on your house, because the 2018 BMW 118i Sport Line might just represent the best value BMW you can buy.

While it’s price is at the bottom of the market for the brand it certainly doesn’t feel cheap. In fact, it’s every bit the BMW it should be, representing an incredibly affordable entree into the BMW stable.

Sure, it might not be as premium as its bigger brothers and sisters, but it’s still very much a premium offering at the affordable end of the hatch segment, with the 2018 model having undergone a mid-cycle face lift and upgrade.

The 118i is definitely something of an oddball though, whether BMW fans want to admit it or not; it’s the cheapest BMW money can buy and it’s powered by a 1.5 litre three cylinder, with an 8-speed automatic gearbox driving the rear wheels.

Did you skip over the three cylinder part? Yep, under the bonnet, there really is perky little 1.5 litre three cylinder turbo petrol engine that generates 100kW and 220Nm. The little hatch can even scoot from 0–100km/h in 8.7 seconds.

It’s fuel economy was a surprise to us though, as BMW claims 4.8-litres/100km. We couldn’t even get close. We saw low double figures around town in heavy traffic and a 6.2-litres/100km on the freeway.

BMW must have been driving on a dead straight road with no one on it for miles and miles to achieve that figure. While it’s no fire breather, mixed with the turbo, it also has sufficient punch to do its thing when needed.

The 8-speed computerised gearbox is not perfect either; we noticed it can be slow to shift back on kick down, and that can slow acceleration out of a corner, for example. We also noticed a very slight hesitation crawling along in traffic.

That said, under normal load and speed, the gearbox is pretty much faultless, and once you’re up and rolling, the 118i feels nimble, and dare we say it, rapid even, with an incredibly well balanced ride to boot.

We honestly didn’t expect it to ride as effortlessly and as comfortable as it did, or that it would make us realise that for this type of car, that will spend its time in the cut and thrust of city traffic, it’s near perfect.

Inside, the material seats don’t draw you in and don’t ooze luxury, but they’re comfy, and the driver’s seat has quite a few adjustment options. The rear seats too are pretty comfy, with good room on the outer seats, but not so much in the middle position.

The baggage space is large enough to fit a set of golf clubs and two normal sized overnight bags. The rear seats lay flat too when folded too.

Back up front, the dashboard is beautifully designed; understated and clear. We found it easy to view, even with polarised sunglasses on, and we love the way the needles switch colour to orange when the headlights activate at dusk.

In fact, the whole dashboard design and layout is classier and more prestige than you’d ever expect at this price point. The infotainment screen is actually a little smaller than it looks, thanks to the gloss black surround, but it is clear and easy to view too.

The iDrive control dial, switches and steering wheel controls are all cleverly and clearly laid out too, making mastery of the system a lot easier than most competitors.

From a charging station and air flow perspective, there are no air vents or power ports in the rear of the vehicle or second row seating, but there is a USB and a 12V socket close to the cup holders in the front of the car.

Prices for the 2018 BMW 118i Sport Line start $39,990 plus on-roads. There’s a staggering number of optional extras, interior designs and wheel options for the 118i too, allowing your own design touches on your new ride.

Our 2018 BMW 118i Sport Line was provided by BMW Australia. To find out more, contact your local BMW dealer.