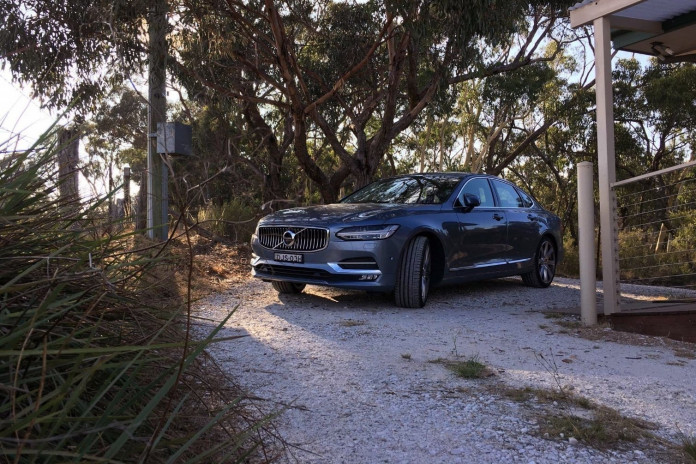 THERE was once a time when Volvo was synonymous with safe cars. They were driven by the uninspired, the styling was lacklustre and quite frankly, the company was boring.

Thankfully, those days are now gone. Long gone. Volvo’s suite includes some simply beautiful cars. The design department has flair and spark and the engineering department is well and truly alive – as evidenced by the stroke of genius that is the S90.

The S90 is the bigger brother to the S60, the model brought to prominence in Australia through the ill-fated Supercars program with Garry Rogers Motorsport. It’s in the same class as the Audi A6 and A7, BMW 5 Series, Maserati Ghibli and cohort leader, Mercedes E-Class.

For many it wouldn’t have ever been on the consideration for a large, luxury car – including ours – but a few days behind the wheel definitely changed our perception of the classy Swedish maiden.

Let’s start with the styling. If it wasn’t for the ancient iron symbol on the front, you would never guess it was a Volvo. A crisp and modern silhouette, a long but unimposing bonnet and a curious elegance to it.

Open the door and you’ll find a world of luxury; incredibly comfortable front seats that you sit in rather than on, naturally adjustable in every way you can fathom, soft leathers, and a classy dash.

Being a long-wheelbase model, with an abundance of leg room for the rear passengers and other little touches like the inbuilt booster seat and rear windows shades, it’s easy to see this car may not have been made for the driver.

Then there is the sound system; 19 speakers from Bowers & Wilkins complete with several equaliser pre-sets… including the Gothenburg Concert Hall – definitely worth seeing what some of your favourite music sounds like in this setting.

But if you’re not being ferried around in the comfort of the S90, it is a total delight to drive.  Its 480Nm of torque moves the 2,360kg it weighs effortlessly, the twin-turbo 2.0-litre diesel using the 173kW on hand to throw the speedo towards 100km/h in a respectable seven-seconds.

As it smoothly cycles through the eight-speed auto, the speed will creep up, and on a sweeping corner you will be surprised to feel how planted the all-wheel drive is, even at a fair rate of knots, however it’s not as frugal as you might expect or hope.

While it will never be the performance limo the M5 or E63 AMG are, the S90 is punchy and comfortable. Definitely worth the consideration for a luxurious sedan that is a little out of the ordinary.

Our test vehicle was provided by Volvo Cars Australia. To find out more about the 2017 Volvo S90 D5 Inscription, contact your local Volvo dealer.