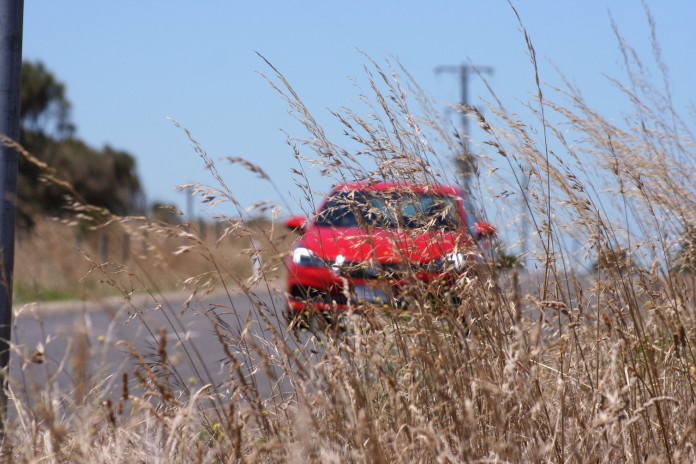 HOLDEN is in the midst of its biggest challenge ever. The once top selling brand in Australia is trying to reinvent itself and recapture lost ground in the ultra-competitive world that is the Aussie car market.

It’s also no secret that its recent offerings in the small car market have left the once proud Lion falling flat – but that’s potentially about to change.

Enter the 2017 Astra. The new Astra has been highly anticipated since General Motors announced it would be coming down under at the Frankfurt Motor Show two years ago, as the lacklustre Cruze’s replacement.

The Astra landed with solid credentials having picked up European Car of the Year and the Golden Steering Wheel. Even from first glimpse, the styling makes the Astra infinitely more appealing. The European design was inspired by the Opel Monza concept car and takes Holden back into the 21st Century.

The new Astra range comes in three specifications – the entry level R, mid-range RS and the RS-V, all available with an automatic or manual transmission. The R is the only model to get the new aluminium 1.4L turbocharged engine producing 110kW and 240Nm of torque, while the others get the 1.6L 147Kw/300Nm power plant.

Exhaust Notes Australia put the Astra R through its paces with one of Australia’s great traditions – a proper road trip. Two blokes, an esky and 2500km of open road.

The interior is comfortable and ergonomic, with all the bells and whistles, but all in a logical and thought out layout. While Exhaust Notes Australia has consistently ranted about too many buttons on steering wheels, it was something we didn’t find overly frustrating in the Astra.

Steering and suspension was given a local tune – something which was highlighted by some of the typically Australian ‘highways’, littered with pot holes, that we drove on. While we braced ourselves for a rough ride, the Astra delivered a smooth and buffered driving experience.

Even in the pouring rain, grip was not compromised and while the traction control light may have flickered many times, there was no obvious intervention from the system.

Holden claims a fuel economy of 5.8L/100km for the base model, a figure we were unable to match on the open road with our entire trip’s average consistently sitting between 6.4 and 6.5L. However, we feel the 1.6L option would have been much better suited to the constant 100-110km/h conditions.

With the torque the Astra has, it could also lend itself to a seven-speed auto, which would also help on the fuel consumption front. Even on some of the long steep hills heading out of Geelong, the R remained in sixth gear with the 240Nm its little turbo punches out.

There is no doubt that the new Astra is a great piece of kit. It has all the ingredients to be a major player in the small car market, but being one of the most competitive sectors of the market with very little difference between all the players, pricing and marketing will be crucial for the Astra.

Starting from $21,490 and standard with a three-year/100,000km warranty, it certainly makes a compelling argument but despite Holden’s promise of competitive pricing, the value argument still does not stack up against some of its South Korean and Japanese rivals such as Kia Rio with a seven-year unlimited km warranty, or segment leaders Toyota Corolla, Hyundai i30 and Mazda 3.

Our test vehicle was supplied by Holden Australia. To find out more about the 2017 Holden Astra R, contact your local Holden dealer.