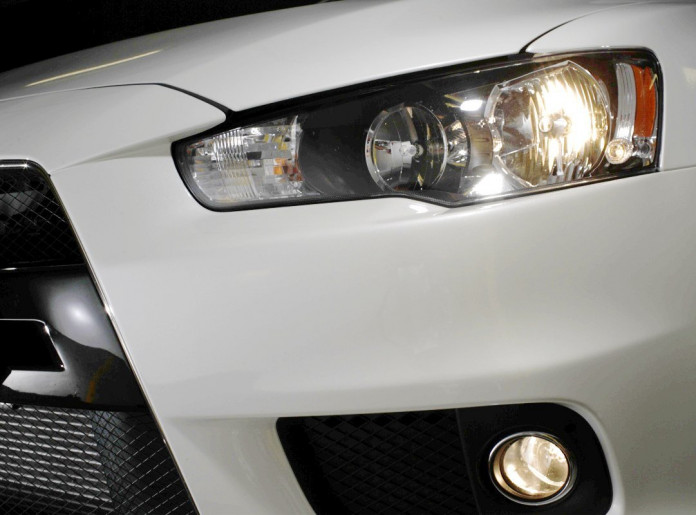 IF nothing else, the 2016 Mitsubishi Lancer Evolution (Final Edition) – the last ever EVO, knows how to draw attention to itself and put on a show.

Attention grab #1 – based on the EVO’s engine idle alone, a local guy in Umina Beach on a push bike sidled up beside us and leaned in the window to tell me about his heavily modified MR Lancer.

Attention grab #2 – cruising to Sydney on a sunny Sunday, we spot a very nice black EVO 6 following us (with the associated licence plates). Both the owner and his passenger give us a wave, a few thumbs up and some big grins as we head down the M1, tracking each other all the way to Wahroonga.

Attention grab #3 – driving into the Sydney CBD on a Monday morning, I spot a girl in full leathers on a Suzuki motorcycle waving at me out of the corner of my eye. She gives me a massive thumbs up and a wave as she zooms off to the right as I head left down the Cahill Expressway to Randwick.

Let’s face it, with a piano gloss black roof and metallic white paint (Starlight it’s officially called), it stands out from the crowd. Put simply, if you want a car that’s not going to draw attention to itself, this is not it. Buy a Camry.

But if you like showy, and you like noise, and you like a car that’s unique – remember these are individually numbered (we were cruising in AU0003) and there are just 150 in Australia – then you could do worse than to get into a 2016 Lancer EVO.

Engineered for performance (and up against the 2016 Subaru WRX STi), the Lancer comes bundled with Brembo brakes, Bilstein shocks, Eibach suspension and BBS wheels and an outstanding intelligent all-wheel drive system.

The EVO features Super All Wheel Control which is, in essence, four independent systems working together to control the car’s ECU. We’re not even going to try and explain it, so here’s the official description from Mitsubishi.

“The Active Centre Differential works in three modes – tarmac, gravel and snow – to enable quicker control response for changes in road surfaces. Active Stability Control automatically recognises under steer and over steer and applies brakes to the appropriate wheels and the Super Active Yaw Control distributes torque between the rear wheels. To give you complete confidence in all situations, the Lancer Evolution Final Edition also features Sports ABS with Electronic Brakeforce Distribution.”

Powered by a 2 litre aluminium MIVEC turbo charged four cylinder engine, with sodium valves and heat treated cylinder heads, the EVO punches out 226kW of power and 414Nm of torque which delivers vast improvements across the mid to high rpm ranges (in essence, it likes to be driven hard).

Sounds awesome we know, but if you drive like a granny you’ll hate this car, because quite frankly its city streets low speed driving ability is ordinary. It’s also got what we would call a small fuel tank, at 55 litres, and it’s thirsty – very thirsty.

There are drawbacks to its power delivery too, with a five speed gearbox where a six speed should be. When you’re in fifth by 90km/h and the speedo goes to 300km/h you find yourself looking for sixth to really turn on the power and speed.

The boot houses the battery and a mammoth water bottle unit (designed for the windscreens and to cool the inter-cooler with a manual or automated mist spray), which in turn has made the boot considerably smaller than the standard Lancer. There’s no spare tyre either, just the goo and compressor solution.

It’s not massively family friendly as it lacks real rear leg room, so a bub in a car seat will end up with his or her feet on the back of your spanking Recaro leather seats, and that’s not fun for anyone.

As for the technology that makes up the infotainment system, well that’s an epic fail, and the one serious disappointment about the Lancer. If you own an Android device, forget connecting via Bluetooth or USB, it’s simply not happening, as the EVO doesn’t want a bar of trying to marry 2.0 technology and Android’s latest operating system.

Even the humble iPod and iPhone struggled to connect in the test vehicle, although both worked adequately enough, the car seemed confused about whether the phone or the car system was in charge of the playlists, switching between the two at random. There’s no SatNav either.

The 2016 Mitsubishi Lancer Evolution Final Edition come with a piano black gloss roof, no matter which car colour you choose. It comes in four colours and aside from the test car colour (Starlight), Red, Phantom Black and Titanium make up the range.

The final call – which would we choose, this or the WRX STi. Well that all depends. If we’re choosing on total package and we disregard the price difference (the Lancer is $7,000 cheaper), then for us the Subaru is clearly a better option. But, if we choose on high performance driving alone, then it’s hard not to say yes to the Lancer.