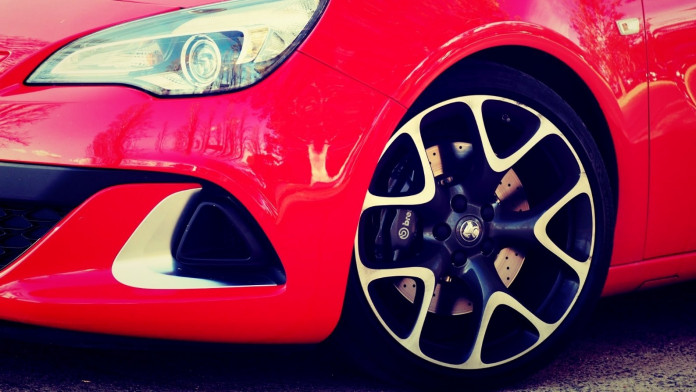 THERE’S no other way to describe the 2015 Holden Astra VXR than as a firecracker.  Especially in “power red”.  It sits there in the driveway, winking at you as if to say “I know you want to…”  This is a car that invites you to light its spark, push it hard and take off into the horizon.

Before starting the ignition, getting familiar with the vehicle, it does look a little dated compared to its competitors such as the Golf, Sirocco and the Focus ST.  Australia has been delivered the hi-po Astra mid-way through its model cycle (it’s almost four years old), so perhaps it’s to be expected that it’s not quite cutting edge.

An absence of LED daytime running lights (on the test car anyway), and front grille adornments that look a little 2005 are balanced out though by enormous, aggressive, expensive 20 inch wheels, shod in Michelin 35 profile rubber bands, and showing off powerful look-at-me cross-drilled Brembo brakes.

From the outside, the VXR looks like a weapon.  Where the Golf R looks like an assassin wrapped in a Hugo Boss suit, this Astra conjures images of Ali G on steroids, standing on a street corner in one of his bright red tracksuits.  It’s confident, it’s entertaining, it doesn’t care what you think.

The interior on the other hand doesn’t have a lot of colour at all.  In fact it’s perhaps a little gloomy, with alcantara roof lining, charcoal trim and gloss black highlights. The red glow behind the door handles and the gear lever surround, and the ominous “VXR” button on the centre stack, however, give a hint of what lies in wait.

And then there are the seats.  They really are some of the best seats in a hardcore sports hatch I’ve had the pleasure of sitting in.  With adjustable side-bolsters, and extendable under-thigh support, they have a way of wrapping around you no matter your side or shape.

They’re outstanding for getting the most out of this car in day-to-day short point-to-point driving, but they’re a bit too firm for long-distance driving.  Anything over 40 minutes or so and I was itching for a chance to stand up and stretch.

Once you have a stretch and decide to get back into those delightful, snug Nappa leather seats though, you realise Holden (or Opel) didn’t think too hard about how to grab the seatbelt when the B-pillar is about 30cm behind the driver’s seat.  It was a constant source of frustration and contortion.

Ergonomics aside, let’s face it, when you buy a car that looks like this, and sounds like this, you are prepared to compromise a little comfort.

I was surprised to realise that starting the engine required a turn of the key, rather than the press of a button, which seems a little odd given push-button starts have been pretty standard fare on cars with sporting intent since about a decade ago.  Perhaps it’s the mid-life-cycle situation of the Astra, and the next generation will catch up.  But once you turn that key, you forget about everything else.

The exhaust growls through the floor, the dials light up red, and you just know this is going to be fun.  206kW and 400Nm powering the front wheels is always going to prove a challenge, but this little Holden does arguably a better job with its HiPerStrut torque-steer quelling technology than Ford’s ST manages with its RevoKnuckle.

This car is always going to burn through those expensive Michelin tyres rather quickly, but even in first gear when the boost comes on at around 3000RPM, the combination of a front-wheel setup whereby they can turn independently of the struts, and a mechanical limited-slip diff means it does a truly impressive job of getting the power to the ground with limited wheel spin.

And then there’s second gear.  Lock it in, foot to the floor and this little firecracker lifts off.  As the turbo spools up and the revs tick over about 5000 you are rewarded with a jet-engine-like sound which can be unnerving at first but quickly becomes addictive.  0-100 in just under 7 seconds was the best we could achieve on this test, but likely because of some early morning frost on the tarmac.  In dry conditions the number should be closer to 6 seconds, which is no mean feat for a front drive hatch.

The VXR is enormous fun around town, and easily fills the daily-drive role.  Its gearbox, clutch, throttle and suspension are all tuned for a sporty drive, but unless presented with substantial potholes or particularly tall speed humps, there’s no real trouble pottering about in the city.

The boot is enormous, too.  An impromptu visit to Bunnings saw the little Astra’s boot swallow four 15L tins of paint with heaps of room to spare.

What really lets the Astra down as a daily driver though, is its infotainment setup.  The screen at the top of the centre stack is very sharp and bright.  So much so that you’d automatically assume it’s a touch screen.  It is not.

Depending on a clunky dash-mounted rotary dial to control a complex media/navigation system really makes utilising some of the high-tech capabilities of the car quite tedious.  It’s the one flaw buyers may not be willing to compromise on.  Buyers will be willing to accept a firm ride around town, because they can go faster around corners.  Or slightly outdated styling but at a very sharp price, under $40k.

There is no real excuse for such poor usability, when $15,000 cars do it better, and have been doing so for years.  It really lets the whole experience down, and hopefully it’s just a matter of time before it’s corrected.

Still on the infotainment setup, there seems to be a glitch in Holden’s MyLink system, whereby attempting to connect a new phone to Bluetooth when the car’s memory was full froze the system.  Countless reboots and even a factory reset couldn’t fix the problem, but we’re told Holden is aware of the problem.

Overall this car excels at evoking a passion for around-town driving, with that sexy exhaust note gurgling, blipping and screaming as you go from idle to 6000RPM in extraordinarily quick time.  It really is a firecracker of a car, and if Holden can tidy up the infotainment setup, there really may not be a better value performance car under $40k on the Australian market.

Our test vehicle was provided by Holden Australia. To find out more about the 2015 Holden Astra VXR, contact your local Holden dealer. 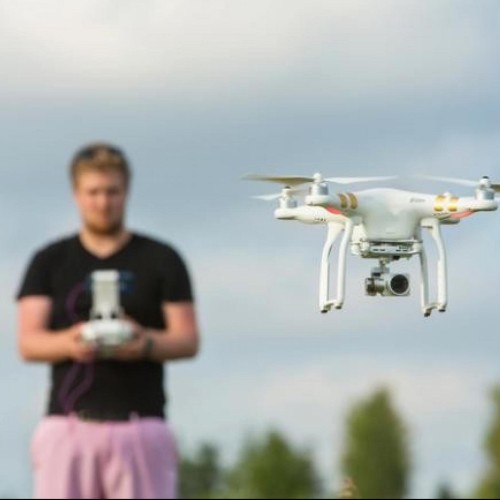