Audi unveils next generation of its bestselling Q5 SUV 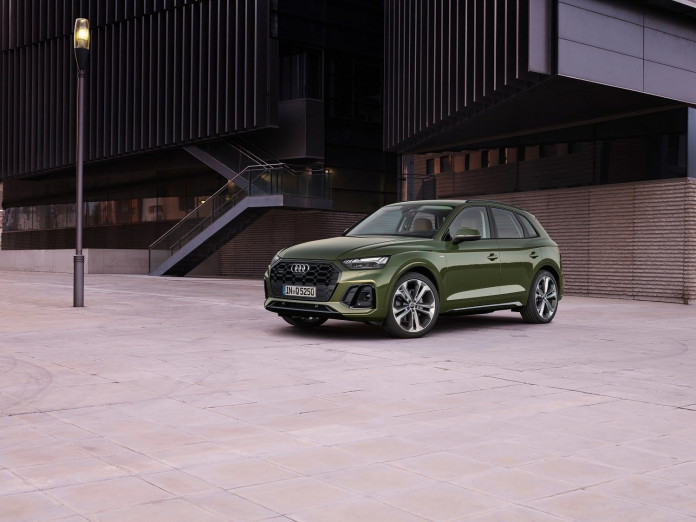 THE Audi Q5 has been one of the bestselling mid-size luxury SUVs in its segment for many years. And now, Audi has made it even better and even more attractive, with an optimised version combining sporty character and everyday usability.

Equipped with a wide array of infotainment and assistance systems, the 2021 Audi Q5 is due to arrive in the first half of next year, and features a sharpened exterior design, and a new look digital OLED rear light cluster.

The optional OLED rear light is split into three tiles of six segments each, which enables Audi designers and developers to create different light designs and signatures from a single item of hardware.

You can also choose one of three rear-light signatures, each with its own specific designs for coming and leaving home. On switching the Audi drive select mode to Dynamic, the lights change to yet another signature.

The OLED rear-light cluster is also equipped with proximity detection, If a road user approaches a stationary Q5 from the rear to within less than two meters, all the OLED segments light up.

When the Q5 starts to move, it returns to the original light signature. The full spectrum of the OLED rear lights is rounded off by dynamic turn indicators. LED leadlamps are now standard, with Matrix LED available as an option.

In executing the exterior update, Audi designers further emphasised this look and feel with a series of distinctive details. The octagonal single-frame is now shallower and appears wider than before.

Two of the twelve available paint colours are new too; District Green and Ultra Blue, while a black trim package is available as an option. Inside, a sculptural, elegant sweep of the trim inlay separates the lower and upper sections of the dashboard.

The change creates a new focal point around the new freestanding MMI touch display, with acoustic feedback. And in a major change, the previous rotary/push control on the centre-tunnel console is absent, its place now occupied by a storage cubby.

Q5 customers can also choose from three interior finishes; Base, Design Selection and S Line, which can be combined as desired with the exterior trim packages. The Design Selection interior comes with the contour/ambient light package.

Now in its third generation, the latest edition of the new 10.1-inch MMI infotainment system is ten times more powerful than its predecessor. It sits alongside a high resolution 12.3-inch Audi virtual cockpit digital display, with three different graphic layouts.

The driver controls the displays via the multi-function steering wheel, and a head-up display is also available as an option. The infotainment system features Audi Connect navigation, with satellite mapping, lane by lane traffic information and cloud access.

DAB+ digital radio is part of standard equipment, while the Amazon Alexa service allows access to thousands of Alexa skills.

While its Australian model line up is not yet known, the new Q5 will launch in Europe in 40 TDI form, powered by a 150kW 2.0-litre 4-cylinder diesel, generating 400Nm of torque. A mild hybrid system (MHEV) contributes to lower fuel consumption.

The Audi Q5 40 TDI accelerates from zero to 100km/h in 7.6 seconds and reaches a top speed of 222km/h. The powerful diesel engine is not only efficient, but also clean, meeting the latest emissions standards.

More engine versions will follow after the launch of the updated Q5, including two additional diesel variants, and the successful Q5 TFSI-e plug-in hybrid.

The 2021 Audi Q5 is expected to arrive in Australia in the first-half of 2021. Further information on the model line-up, pricing and specification details will be announced closer to launch.