WHETHER you want to protest fuel prices, save an iceberg, or get a taste of the future world you’ll inevitably live in, the 2022 Mitsubishi Eclipse Cross Exceed Plug-in Hybrid is here to help you transition, while remaining a user-friendly and versatile small SUV.

Whatever the motivation for going electric with your next SUV, Mitsubishi really are the maker that should draw your initial interest. Let us not forget they are responsible for the world’s first plug-in hybrid SUV with the Outlander PHEV, some eight years ago.

Throughout our Eclipse Cross Exceed PHEV road test, that experience shone through. There’s seamless interaction between the electric and combustion motors along the advanced hybrid powertrain, both plug-in and self-charging, and clean modernised styling.

Rounding out the package is a 5-star ANCAP safety rating. And although EV trickery is at the heart of this car, a combustion era keepsake still sits to one side of the engine bay – a 2.4-litre 4-cylinder, producing 94kW and 199Nm.

Put to the side not just in orientation but also in purpose, this engine works to complement or charge up the hefty 13.8kWh battery pack sitting adjacent to it. That battery powers two electric motors.

One on the front axle producing 60Kw and 137Nm of torque, and one on the rear axle producing 70Kw and 195Nm. Moderating the interaction between these motors and the petrol engine are multiple drive modes dictating the flow and usage of energy.

The first is EV, or electric priority. If you’re not giving it the beans you’ll be driving purely on electricity. Mitsubishi claim a 55km electric driving range, a figure we weren’t able to hit in our test. The average of our runs was 45km, with our best result just shy of 50km.

A 55km range is not inconceivable, but would require some proper grandma driving to achieve. Charge mode, or series hybrid mode, prioritises the electric motors to drive the wheels, but as they do the petrol motor charges the battery pack.

Battery save mode allows the car to use only electricity generated by the combustion engine, or it can run in parallel hybrid mode, prioritising the petrol engine and reserving the electric motors to assist when needed.

When more is demanded of the car, you can switch out of any specific mode. You then run exclusively in parallel hybrid, enlisting the help of all motors and summoning the most speed and toque available.

You can flick between drive modes to find your optimal driving dynamics with ease and instant obedience from the car. The introduction of the petrol engine as a flat-battery looms is punctual and subtle, discreetly popping up in the midst of the drive.

When the battery gets low, you have a few charging options. The first is the aforementioned charge mode. Although it can be used if sat idling, we found it most effective while in motion and used in tandem with the regenerative braking system.

In charge mode, and using the highest regenerative braking force, we gained a full charge after 92km of driving.

The six levels of regenerative braking (the amount of braking pressure the car applies when decelerating to generate more or less energy), can be selected using the gear lever or the paddle shifters.

For maximum convenience, a Type 2 plug is provided for charging out of a 240V household outlet. A full charge of our test vehicle took less than the seven hours listed by Mitsubishi, with the charge indicator light dimming after six and a half hours.

From a roadside fast charger, we hit 80 percent charge a few minutes after the claimed 25 minutes, but if you’re stopped for a spot of lunch like we were, a few minutes give or take is insignificant.

So how does this mix of combustion and electrical energy convert into performance? Well, that’s an interesting one. Using electricity alone, the delivery of power is silky smooth and comes on almost instantaneously at the press of the throttle.

No one is going to be chopping a Model S in a hybrid Eclipse Cross, but the acceleration in EV mode is unexpectedly swift. Impressively, the electric motors can deliver consistent, unaided propulsion right up to motorway speeds.

Accompanying the forward momentum from the electric motors is the spacey whirring sound of an autonomous Swiss train, a strangely satisfying alternative to the boring rattle of the 1.5-litre 4-cylinder planted in the rest of the Eclipse Cross range.

In parallel hybrid mode you can really hoof it in the Exceed PHEV. Hoofing is enjoyed particularly in the ‘tarmac’ performance setting, which improves both steering and acceleration responsiveness.

Regular everyday driving can potentially result in a miniscule 1.9-litres/100km of fuel consumption. Much like the EV range, you might want to pop nana in the driver’s seat to help you attain that figure.

But don’t despair, as the 2.9-litres/100km we eventually nailed kept us well away from the bowser. In terms of handling, driveability is a little compromised compared to the standard Exceed AWD.

There’s undoubtedly more floppiness in the front end and body roll in turns, likely due to the absence of the strut brace found in the petrol variant, as well as 356kg of additional kerb weight.

Nevertheless, it still handles quite well for an SUV, and does exactly the job for the average driver. No compromises are found in the safety department though, and in addition to front, side, curtain and driver knee airbags, a whole suite of electronic assists is packed in.

Exterior styling is exactly the same as the petrol Exceed, appearing unassuming as an EV other than a few shiny EV badges and an extra flap.

As part of the overall Eclipse Cross facelift the Exceed PHEV gets a more sophisticated front end, the scrapping of the split rear windscreen for a significantly more attractive rear end, and redesigned 18-inch alloys.

Being the Exceed our test vehicle had LED headlights, a dual sunroof, colour coding of the side skirts and bumper skid plates, and sportier fog light housings.

The interior, which this writer criticised while testing the petrol variant, seems a better fit for the PHEV. The mediocre, outdated design somehow make your new electric experience feel normal and accessible.

The only two markers of the future are a special EV gear lever and energy usage indicator on the cluster, both of which are tastefully integrated.

Recognisable features are all there, including an 8.0-inch touch sensitive infotainment display with sat nav, Apple CarPlay and Android Auto. There’s also a 360-degree monitor, head up display and a leather wrapped, heated steering wheel.

Unfortunately, the PHEV doesn’t benefit from the 140mm body extension of the new Eclipse Cross range, losing 46-litres in boot space thanks to the electric tech above the rear axle. But it’s still a reasonable space as far as small SUV’s go.

It’s a big outlay at $53,990 plus on-roads for this package of electrified practicality, but the otherwise approachable nature of the Exceed PHEV makes it an excellent candidate for the family’s first EV SUV.

You can build and price a new Eclipse Cross Exceed Plug-in Hybrid on the Mitsubishi Australia website, but it’s also worth shopping around to see if you can get a better offer. Alternatively, you can take a look at a platform like PriceMyCar to get the best deal.

Our test vehicle was supplied by Mitsubishi Motors Australia. To find out more about the 2022 Mitsubishi Eclipse Cross Exceed Plug-in Hybrid, contact your local Mitsubishi dealer. 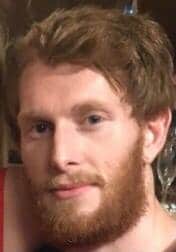